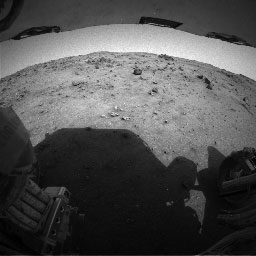 Kazuyoshi Funaki sparked long-awaited celebrations and tears of welled-up emotion among Japanese fans Sunday (Saturday night EST) with a performance of soaring perfection off the 120-meter hill to give the nation its first Olympic ski jump title in 26 years.

Silver medalist on the 90m hill Wednesday, the 22-year-old star made sure of the gold this time with a massive leap of 132.5 meters, accompanied by a sweep of perfect style marks, to win the title.

Funaki seemed to stay aloft for hours, hanging in the air and barely moving his arms and skis. When he landed, the whole crowd knew he had won the gold and erupted in a huge release of pent-up emotion.

The last time a Japanese jumper won an Olympic event was 1972 in Sapporo, the last time the Winter Games were held in this country. That was a 1-2-3 sweep before a crowd that included the nation's emperor.

The crowd, minus any Japanese royalty this time, was out in hopes of another triumph Sunday, after Funaki's near-miss off the small hill. And at one stage, it looked like a 1-2 Japanese finish.

Masahiko Harada had already smashed the hill record of 132 meters with a leap of 136 and appeared to have clinched second place ahead of 90m gold medalist Jani Soininen.

Harada soared so far it was difficult to measure the distance because there were no lines across the landing area at the point he hit the snow. That meant no score went up on the scoreboard and it was only when everyone had finished and the medalists were lining up that it was confirmed Soininen had won the silver.

Harada and Soininen even went to the wrong places on the podium before the final results were confirmed and they swapped over.

"I made a mistake in the first jump," a tearful Harada said after he had heard the result confirmed. "I needed four more meters. I couldn't do my best jumps. I was very disappointed."

At least his first individual bronze medal partly made up for his two Olympic flops.

With the Japanese quartet in a team gold medal-winning position at the 1994 Olympics at Lillehammer, Harada needed only a modest jump to clinch the title, going last of the four, but came up with the worst leap of the round and surrendered the gold to the Germans.

In Wednesday's 90m competition, Harada had the biggest jump of the opening round, 91.5 meters, and, going last in Round 2, needed something like 88 and good style marks to win his first Olympic title. His 84.5 left him fifth.

Sunday's confusion also took some of the gloss off Harada's amazing 136-meter leap but set up a thrilling finish.

After Harada's leap, still without a score, the competition continued and Funaki, going third from last, soared into the lead with his immaculate jump.

Only Soininen, Takanobu Okabe and Austria's Andreas Widhoelzl, the first-round leader, could beat him.

The Japanese fans collectively held their breath as Soininen leaped 126.5, 6 meters short of Funaki's jump and they roared when his score wet up, well down on Funaki's and surely, they thought, worse than Harada's.

The Austrian, bronze medalist in the 90m, dropped well short and another roar went up from the Japanese fans. His jump of 120.5 was only enough for fourth place this time.

Funaki and Harada hugged each other at the line but then came the realization that Harada had won only bronze.

Written by Robert Millward AP Sports Writer
©1998 The Associated Press. All Rights Reserved. This material may not be published, broadcast, rewritten, or redistributed