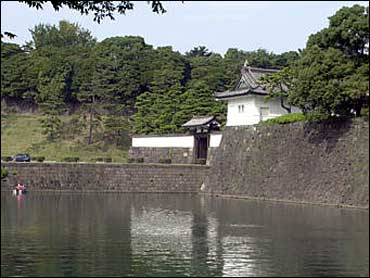 Something fishy is lurking in the moat ringing Japan's imperial palace - an American invasion that Japan says must be stopped.

Fearful indigenous Japanese fish are being wiped out by foreign fish like bluegill and black bass, the Environment Ministry said Thursday it will begin draining sections of the moat to kill off the North American natives.

"We just cannot stand there watching our indigenous fish, such as gobies, being eaten up by such strong foreign species," ministry spokeswoman Sae Sato said.

The decline of native Japanese species, such as the southern top-mouthed minnow, deep crucian carp and the flat bittering, has been a growing concern in Japan since foreign fish were introduced decades ago by sports anglers.

Particularly worrisome are robust black bass and ravenous bluegill, which tend to feed on local fish. Bluegills have been found in Japan since 1960, when some were presented to Emperor Akihito, then the crown prince, by Richard J. Daley, then the mayor of Chicago.

Today, the Environment Ministry says the two species inhabit at least eight of the 13 segments of the stone-lined imperial moat around Akihito's palace in Tokyo. The moat is a popular tourist attraction, but fishing is banned there.

There are 17 species of native fish living in the moat. To halt their adversaries' advance, officials will begin a $20,600, two-week task of draining a 1,300-foot section of the moat on Feb. 25. The water level will be lowered so the foreign fish can be scooped up and buried. Other sections will be drained in turn, with native fish being reintroduced once each is refilled.

"To date, we have tried all sorts of ways, such as casting nets, to catch black bass and bluegills, but to no avail," Sato said.

It will be the first time the imperial moat is drained since 1973, when water was removed for cleaning, she said.

Environmentalists say the rapid spread of foreign fish in Japan endangers the diversity of local populations. Weeding out nonnative species from the moat could help create a "survival zone" for Japanese species.

Large mouth black bass can grow to over 30 inches in length and weigh more than 20 pounds. The fish are believed to have been brought to Japan from California by a businessman in 1925. Bluegills grow up to 9 inches and can weigh about a half-pound.

Efforts to cull nonnative fish have been undertaken elsewhere in Japan.

In 1998, the central prefecture of Shiga set a goal of catching 300 tons of bluegills and black bass a year in Lake Biwa, Japan's largest lake, to halve the populations over 10 years. But the effort has fallen well short of that goal, in part because of opposition from fishermen.

There are an estimated 5 million bass anglers alone in Japan.