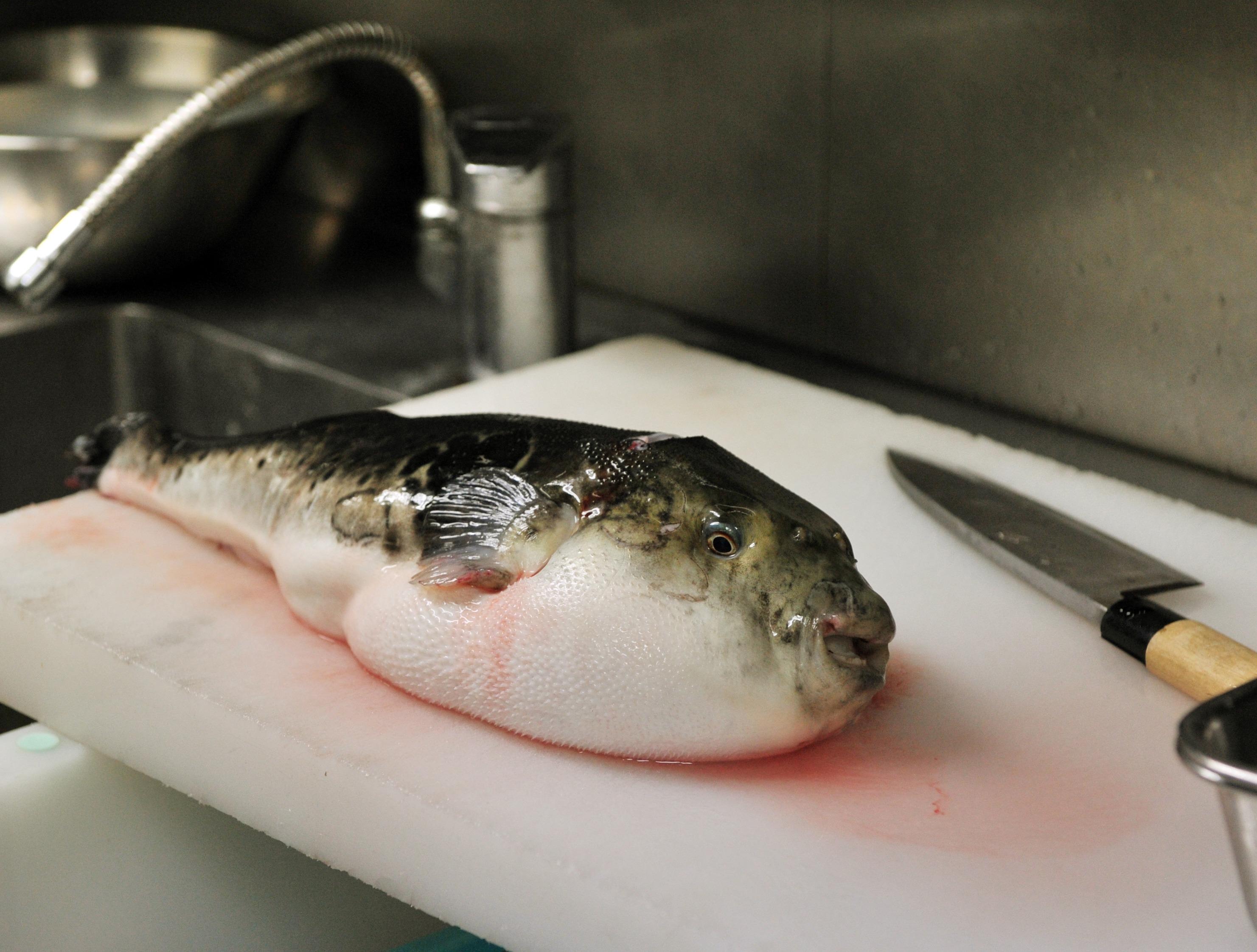 TOKYO -- A city in central Japan used its emergency loudspeaker system in an attempt to recall four packages of blowfish meat after discovering a fifth one contained the potentially deadly liver.

No one has died. The fish, known as fugu, is an expensive winter delicacy but requires a license to prepare because of the dangers of mishandling. The fugu's liver is mostly toxic and banned.

Regional health officials said Tuesday a supermarket in Gamagori sold five packages of assorted blowfish meat on Monday. The inclusion of the liver in the package could have contaminated the other meat with the fugu poison.

Health authorities found that the store had been selling the liver of the particular kind of blowfish, called "yorito fugu," or blunthead puffer, for years because it's nearly non-toxic, health ministry official Yohei Ohashi said. No health problems have been reported from past consumption of the liver sold at the store, he said.

The illegal sales surfaced Monday when a buyer of one package took it to a health center. With four other packages sold but unaccounted for, city officials alerted residents via the emergency loudspeakers normally used for earthquakes and other disasters. Two packages have since been returned.

The health ministry ordered the store to recall all the blowfish packages and suspend their sale, but the store told officials that it will no longer sell blowfish, Ohashi said.