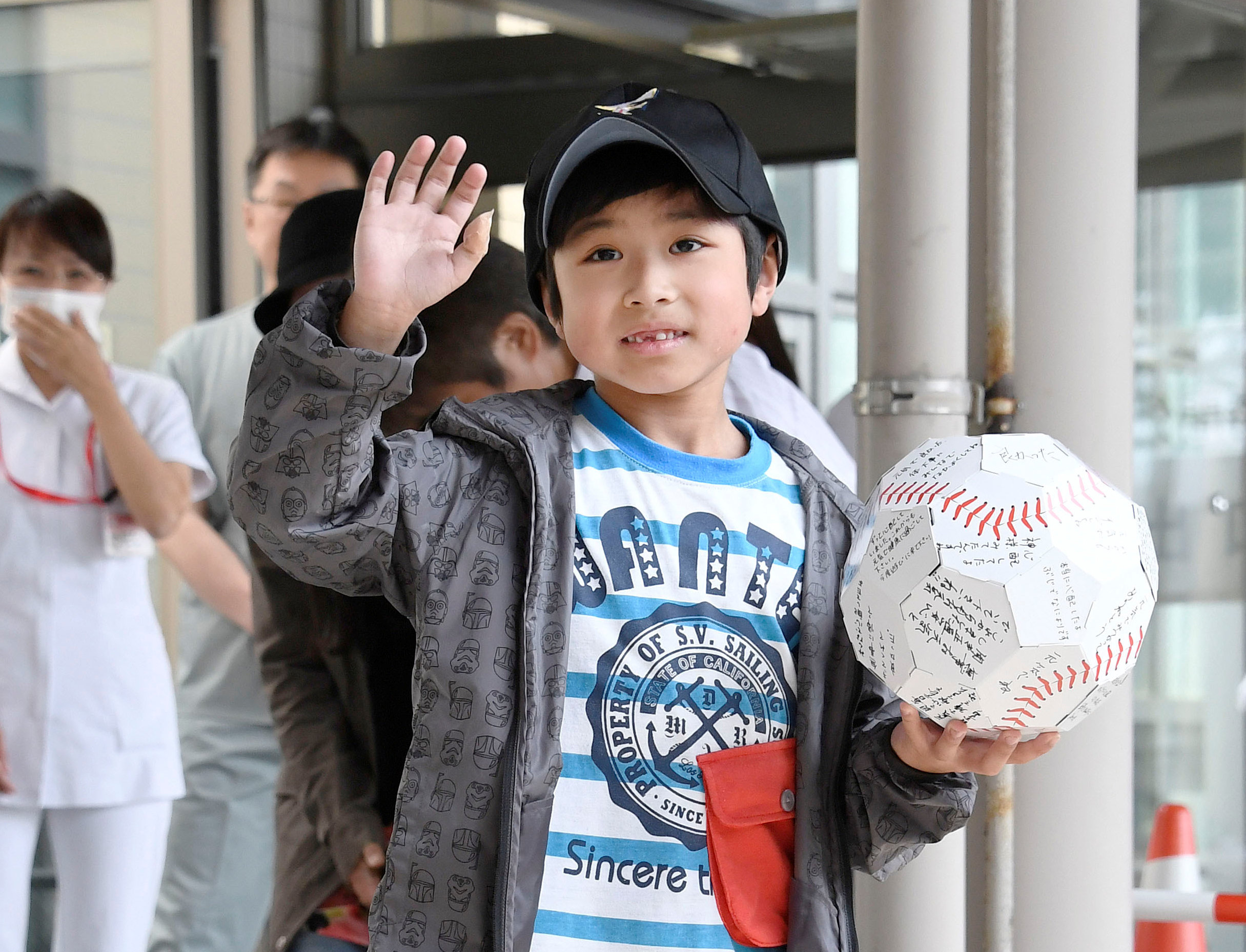 TOKYO -- A Japanese boy who was found nearly a week after he was abandoned in a forest by his parents as punishment waved to onlookers as he was released from a hospital Tuesday.

Seven-year-old Yamato Tanooka was met with loud camera flashes and cheers from dozens of people when he appeared outside the hospital in the city of Hakodate on the northern island of Hokkaido. Wearing a baseball gap and a gray jacket over a T-shirt, Yamato waved at the crowd while he holding a greeting card in the shape of an oversized baseball.

When asked what he would like to do, he said he wants to play baseball.

"I am fine," Yamato said when a reporter asked how he is feeling.

Yamato added he would like to go back to school soon and is looking forward to participating in a sports day at his school.

Before leaving the hospital, his father bowed to the cameras and said, "Thank you."

Yamato was found in a military training ground hut on Friday, six days after he was reported missing. Japanese media said the boy experienced only light dehydration and minor bruises on an arm and both of his legs, even though he had not eaten and drunk only water.

Shunsuke Kudo, an assistant section chief for the Hokkaido police department public relations division, said the police were not intending to press charges against his parents for child neglect.

Kudo said the police were considering reporting the case to a children's welfare center.

Miki Kurotatsu with Hakodate Children's Welfare Center declined to comment on whether the center had received a report from the police because it was a private matter.

His parents reported Yamato missing on May 29, initially telling police their son disappeared when they were collecting plants in the forest. Later the father, Takayuki Tanooka, said he had planned to leave Yamato briefly in the forest as punishment because the boy had been throwing rocks at people and cars at a river earlier that day.

The punishment drew public scrutiny, generating debate in Japan over what is considered to be excessive in disciplining children.

Takayuki told reporters after his son was found that he regretted his action.