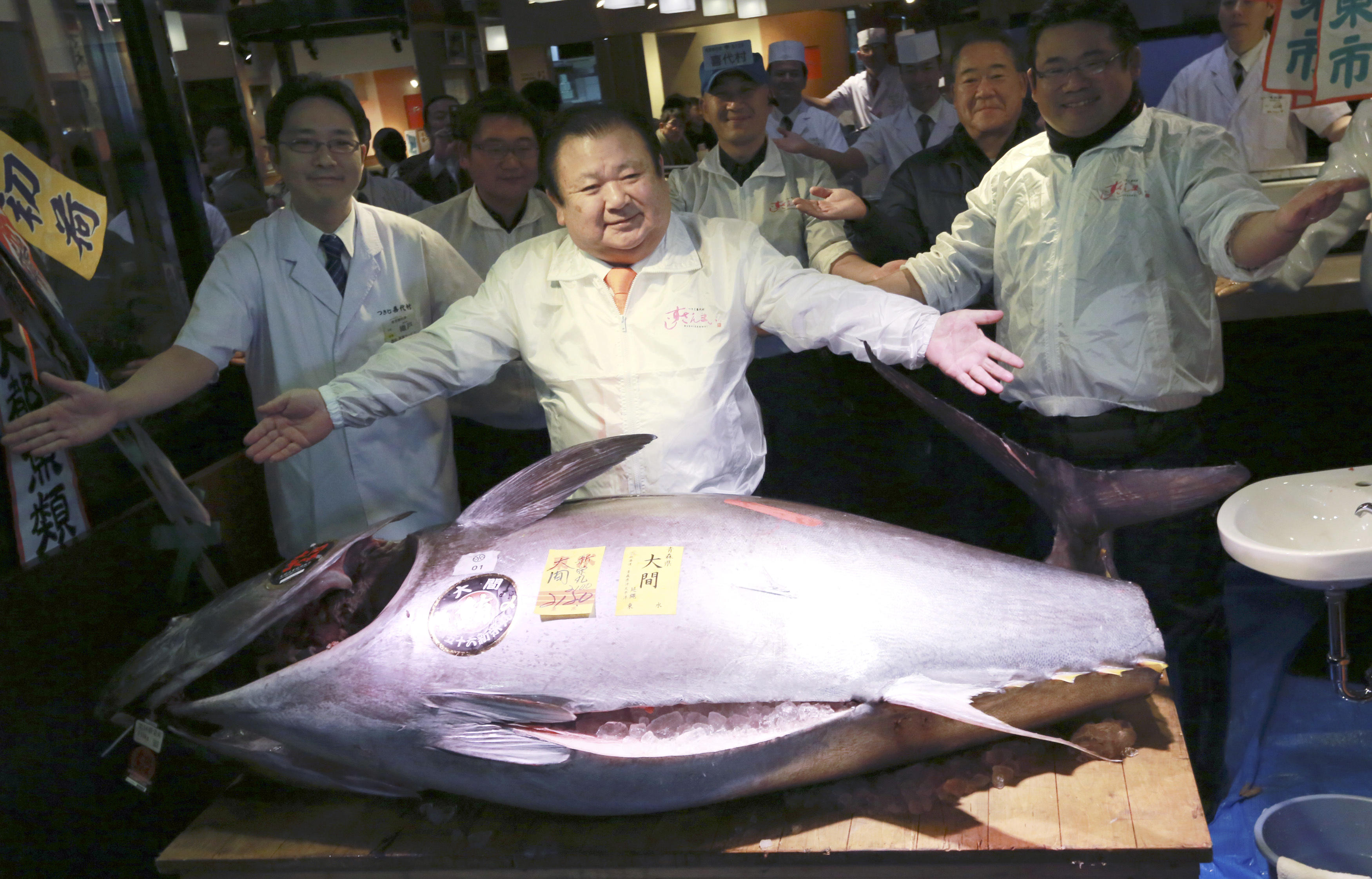 TOKYO -- A Japanese sushi chain boss bid a winning 74.2 million yen ($632,000) Thursday for a 466 pound bluefin tuna in what may be Tsukiji market’s last auction at its current site in downtown Tokyo.

The winning bid Thursday for the prized but imperiled species was the second highest ever after a record 155.4 million yen bid in 2013 at the annual New Year auction. This year’s price was $2,981 per kilogram, compared with about $7,930 per kilogram for the 2013 record-setting auction price.

Kiyomura Corp. owner Kiyoshi Kimura posed, beaming, after the predawn New Year auction with the gleaming, man-sized fish, which was caught off the coast of northern Japan’s Aomori prefecture. His company, which runs the Sushi Zanmai chain, often wins the annual auction.

Last year’s New Year auction was supposed to be the last at Tsukiji’s current location. The shift to a new facility on Tokyo Bay was delayed due to soil contamination at the former gas plant site.

Japanese are the biggest consumers of the torpedo-shaped bluefin tuna, and surging consumption of sushi has boosted demand, as experts warn the species could go extinct.

A report by the International Scientific Committee for Tuna and Tuna-like Species in the North Pacific Ocean last year put the population of bluefin tuna at 2.6 percent of its “unfished” size, down from an earlier assessment of 4.2 percent.

The Western and Central Pacific Fisheries Commission tightened international limits in 2015 as the species remained under threat, halving the catch of bluefin tuna under 30 kilograms from the average caught between 2002 and 2004.

But overfishing has continued and in some areas bluefin are harvested at triple the levels considered sustainable.