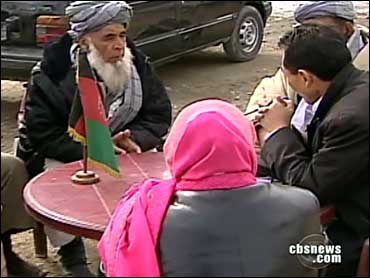 A private jet is an American CEO's perk.

But not the CEO of Japan Airlines. He comes to work on the city bus, CBS News correspondent Barry Petersen reports.

Haruka Nishimatsu, the president and CEO of Japan Air, knocked down his office walls so anyone can walk in.

He buys his suits at a discount store, because a boss who wears Armani puts himself at arm's length from his people.

"If management is distant, up in the clouds, people just wait for orders," Nishimatsu told CBS News through a translator. "I want my people to think for themselves."

And meeting his people means popping into planes, chatting with flight attendants, even sorting the newspapers.

"I'd like to just find what is going on at the front line," he said.

All CEOs say that service is important, but Nishimatsu goes it a step beyond. He says that if you're having a bad experience, don't get angry with the people you're dealing with - blame the person in charge.

The person in charge here walks the walk. Look up, and there's the boss.

Got an idea? Catch him at lunch in the company cafeteria.

His salary for running the worlds 10th largest airline: not millions, but one year as low as $90,000.

When he was forced to cut salaries for everyone else, he also cut his own.

"My wife said, 'what?'" he said through a translator.

To him, a leader shares the economic pain.

"I feel close to him," said flight attendant Akiko Isobe. "It's encouraging."

These days all airlines are struggling. Even at reliably profitable Southwest, its time to tighten belts.

"It will not work if leaders treat themselves one way and employees another way," said Gary Kelly, the CEO of Southwest Airlines.

Nishimatsu says a CEO doesn't motivate by how many millions he makes, but by convincing employees you're all together in the same boat.

Now that's a spirit that could help survive the current economic storm.