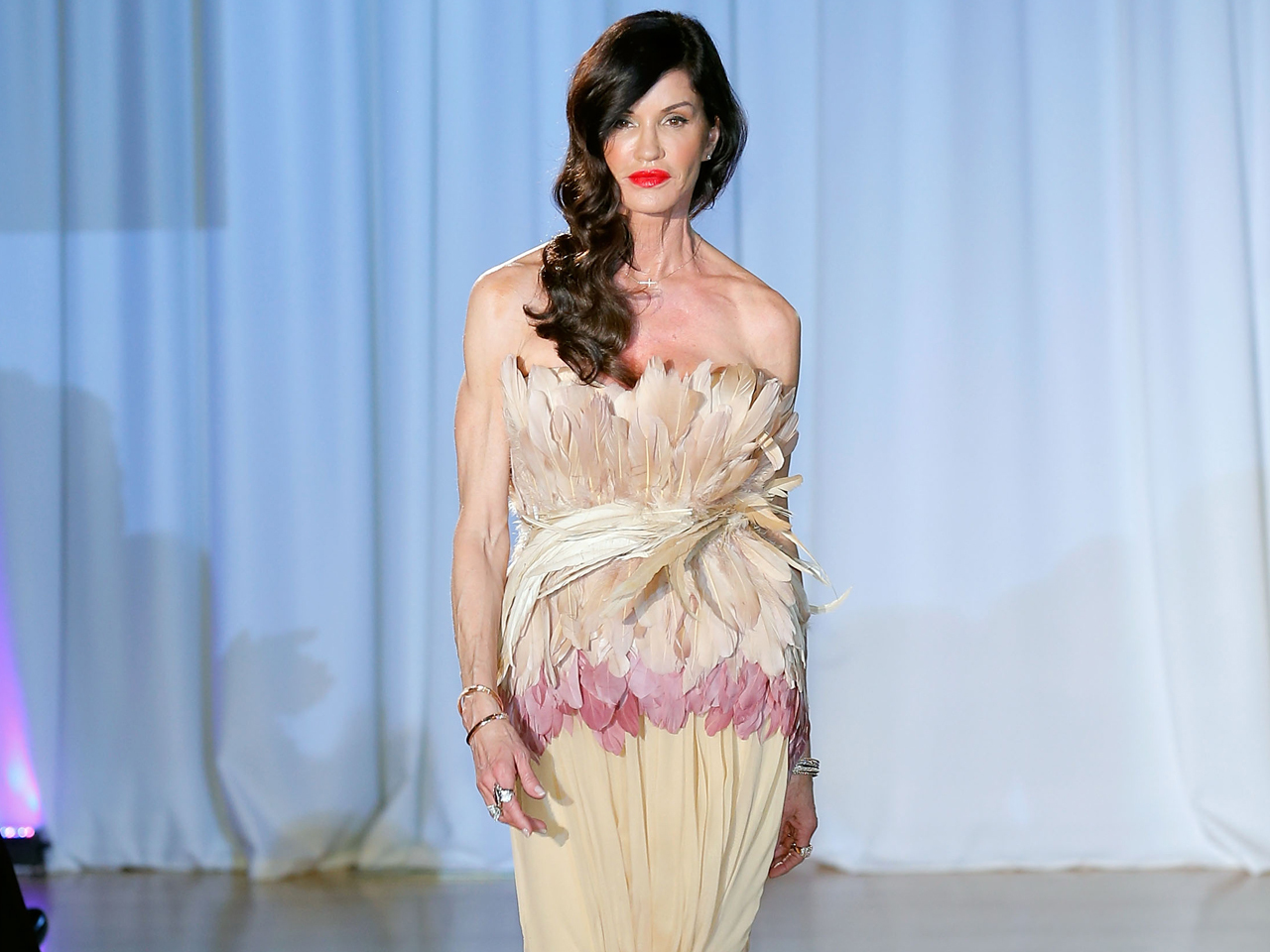 Janice Dickinson doesn't necessarily need an invite to New York Fashion Week. A fixture in the industry since the 1970s, the model and reality TV star can often just show up to a designer's show and waltz right on in -- as she did earlier this week.

"I walked up to the front. I didn't have reserved seats for the great Diane von Furstenberg show and I just love Diane," she told CBSNews.com. "I was one of the first models when the wrap dress first came out -- when she invented the wrap dress and she made the cover of Newsweek magazine."

When she's not attending fashion events, Dickinson is keeping a pretty full schedule. She recently produced and directed (and also stars) in an upcoming music video from indie pop artist Jon Sandler. For a sneak peak of the "Stars Aligned" clip, check out the video above.

And Dickinson is the new face behind Blue Horizon International, teaming with Dr. Brian Mehling for anti-aging stem cell treatments. Dickinson said she's flying to China soon to have stem cells injected before she helps unveil a new anti-aging skincare line. "It's the future. European women are using it," she said. And as fans know, Dickinson is not averse to cosmetic enhancement. "It's always good to pump up the volume," she said. "I was the first to sign up for Botox when it first came out."

Meanwhile, Dickinson, who served as a judge on "America's Next Top Model," may also hit the small screen once again -- possibly in an "untitled wedding project" featuring her children and her new fiance, Dr. Robert Gerner. They met a year ago and announced their engagement earlier this year. Although this will mark Dickinson's fourth time down the aisle, she says her doctor fiance is "the one." "He's everything that I'm not and I always wanted to dream about," she said. "I just always want to be next to him."

And watch out, Hollywood: Dickinson is coming your way. She says there are a few potential films in the works. "I'm up for several movies, can you believe it? Movies!"

"I've sold everything from fashion, make-up, couture magazines, radio, reality television, movies. There isn't a thing I haven't sold, including Tampax. You name it."

OK, we're sold. Dickinson has pretty much done it all.

For more on Dickinson, check out the video above.