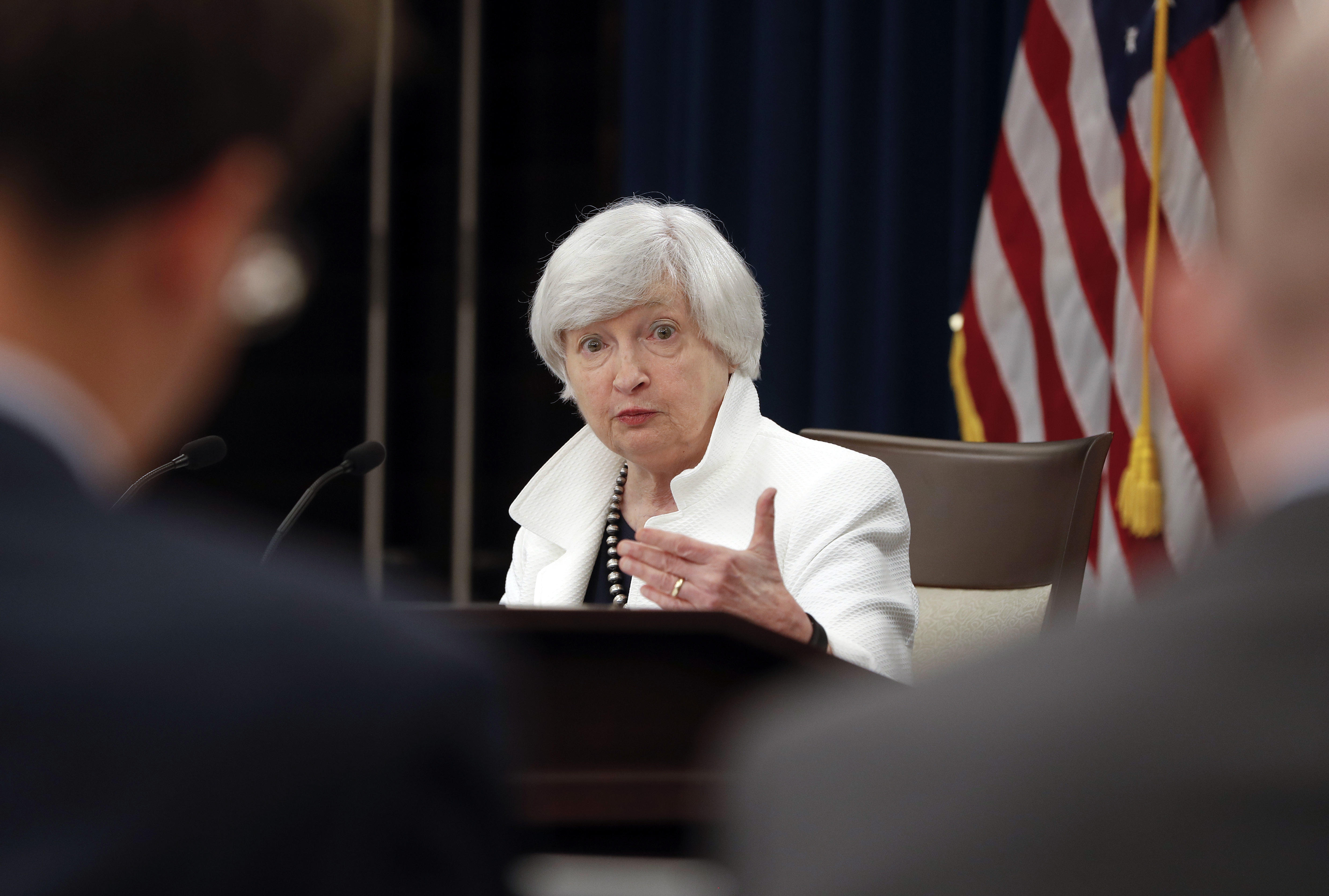 U.S. Federal Reserve System chair Janet Yellen spoke before the National Economists Club Friday night in a rare semi-public appearance, amid uncertainty over whether she will stay in her post.

President Trump has kept Washington in suspense as to who will run the Federal Reserve System next, and on Friday, said the candidate pool has narrowed down to three people — John Taylor, Jerome Powell, and Yellen. In an interview with Fox News that aired Friday, Mr. Trump said he likes Yellen "a lot," which is a stark departure from his position on the campaign trail that he would replace Yellen.

But on Friday night, as she gave the NEC's Herbert Stein Memorial Lecture and Annual Members Dinner, Yellen strictly stuck to monetary policy.

"I try to stay in my lane and I'm not going to get involved" in comments on tax reform, Yellen said, asked how important tax reform is to the Federal Reserve System.

Yellen met with Mr. Trump on Thursday at the White House, and while the president has said he may select both Taylor and Powell, he hasn't ruled out Yellen.

"Well as you know I -- I've been seeing a number of people and most people are saying it's down to two, Mr. Taylor, Mr. Powell," Mr. Trump said. "I also met with Janet Yellen, who I like a lot. I really like her a lot. So I have three people that I'm looking at. And there are a couple of others. I said I will make my decision very shortly."

Mr. Trump told Fox News selecting the next Fed chair is a "hard" decision, but an "important" one.

"That's a very important position," Mr. Trump said. "It's also important psychotically. If the right person is there a lot of good things can happen. I think I'm doing a good job for businesses in that way. People are coming into the country; you saw what happened with Foxconn going to Wisconsin."