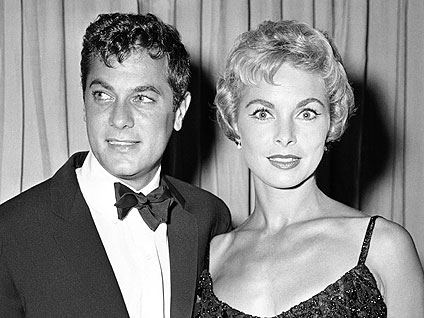 NEW YORK (CBS)  Actor Tony Curtis, who died  Wednesday night  at his Las Vegas  home, was  known in his heyday for  a long string of relationships and  many wives.

Curtis and Leigh were married in 1951, and had two daughters, Jamie Lee and Kelly., both actresses today

The beautiful young couple was popular in Holllywood and did five films together, the first of which, "Houdini," propelled Curtis into the spotlight.

The couple divorced in 1962 after 11 years of marriage when rumors of his having an affair with his 17-year-old co-star from "Tara Bulbas" emerged. He later married the German actress, Christine Kaufmann, whom he divorced in 1968. They had two children together.

In all, the iconic actor had six wives.