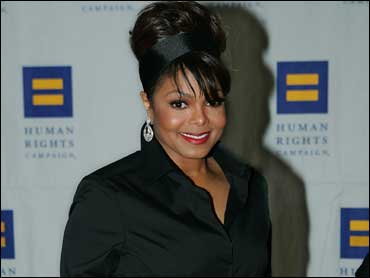 Janet Jackson and James DeBarge, who were briefly married in 1984, had a daughter together, DeBarge's brother Young DeBarge has claimed on a radio program.

Young DeBarge said the child, named Renee and now 18, has been living with Rebbie Jackson, Janet's oldest sister. His comments lent support to reports that have circulated for years claiming Janet has a "secret" daughter.

Jackson's publicist didn't immediately return a call from The Associated Press on Monday. The singer and James DeBarge were married for less than three months when she was just 18. The marriage was annulled a year later.

"James and the Jackson family kept everything real close, real tight," Young DeBarge said Friday on New York radio station WQHT, known as Hot 97. "They weren't very revealing about what the relationship was about."

"No one really knew how it was working out until things kind of surfaced," he said.

He added, "There's no telling what (Janet Jackson) is telling her."

Jackson, 39, secretly married Rene Elizondo Jr. in 1991. They separated in 1999. She is now dating Jermaine Dupri.

Young DeBarge, 28, said he has recently finished an album.