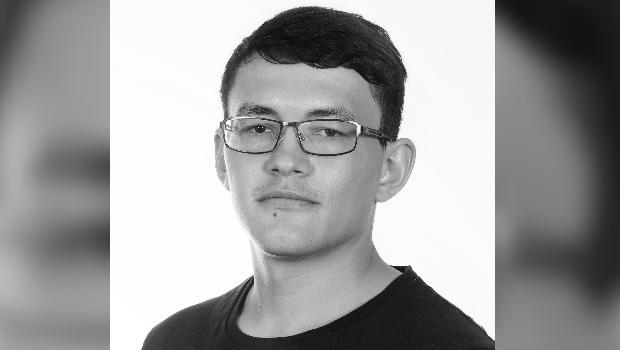 PRAGUE -- A Slovak investigative reporter and his girlfriend were shot dead in their home in an attack likely linked to his reporting on tax evasion, Slovakia's top police official said Monday. The bodies of 27-year-old Jan Kuciak and his partner were found on Sunday evening in their house in the town of Velka Maca, east of the capital, Bratislava, national police force president Tibor Gaspar said.

Police went to the house at the request of a worried family member.

Gaspar said the slayings "likely have something to do with his investigative activities." He declined to elaborate.

Slovak Prime Minister Robert Fico said if that were the case, it would be "an unprecedented attack on freedom of the press and democracy in Slovakia."

Fico announced his government was offering $1.23 million to anyone who helped the authorities find the people responsible.

Reporters Without Borders, a watchdog group based in Paris, noted that Kuciak was the second journalist killed in the European Union in five months.

Daphne Caruana Galizia, a reporter in Malta who investigated corruption, was killed in October by a bomb that destroyed her car. The crime drew attention to financial corruption on the island nation.

Three Maltese men believed to have triggered the powerful bomb that killed Caruana Galizia were ordered in December to stand trial for murder. Investigators think the men were working for someone, but no mastermind has been identified.

He added that Slovakia "has never faced such an unprecedented attack on a journalist."

Kuciak was working for Aktuality.sk news website. He focused mainly on tax evasion.

"We are shocked and stunned by the news that Jan Kuciak and his partner were apparently victims of a cruel attack," publisher Ringier Axel Springer Slovakia, to which Aktuality.sk belongs, said in a statement. "We mourn with the family, the friends and the colleagues; we will do everything to support the investigating authorities to bring the perpetrator to justice."

Kuciak's latest story reported on a businessman suspected of selling flats in an apartment complex to his own companies. The reporter questioned the business reason for doing that, and speculated that it could be a method of avoiding taxes.

Last year, Kuciak alleged that the businessman, Marian Kocner, threatened him following publication of a previous story. The reporter said he filed a complaint with police and alleged they failed to act.

Gaspar said everyone who had been in touch with Kuciak will be questioned. Police plan to provide protection for an unspecified number of other reporters from Aktuality.sk, he said without elaborating.

Slovak President Andrej Kiska called Monday for a quick investigation of the crime.

"We have to find those who did it as soon as possible and ensure the safety of all journalists," Kiska said in a statement.

Editors-in-chief of major Slovak media urged the government to take necessary steps to find the people responsible for the slayings and "to create conditions for the safe work of journalists."

"We call for an investigation in order to establish the exact circumstances of Jan Kuciak's death and we demand that the authorities shed all possible light on this case, especially as he and those close to him had been threatened in recent months," Pauline Ades-Mevel, head of the group's Europe and Balkans desk, said in a statement.