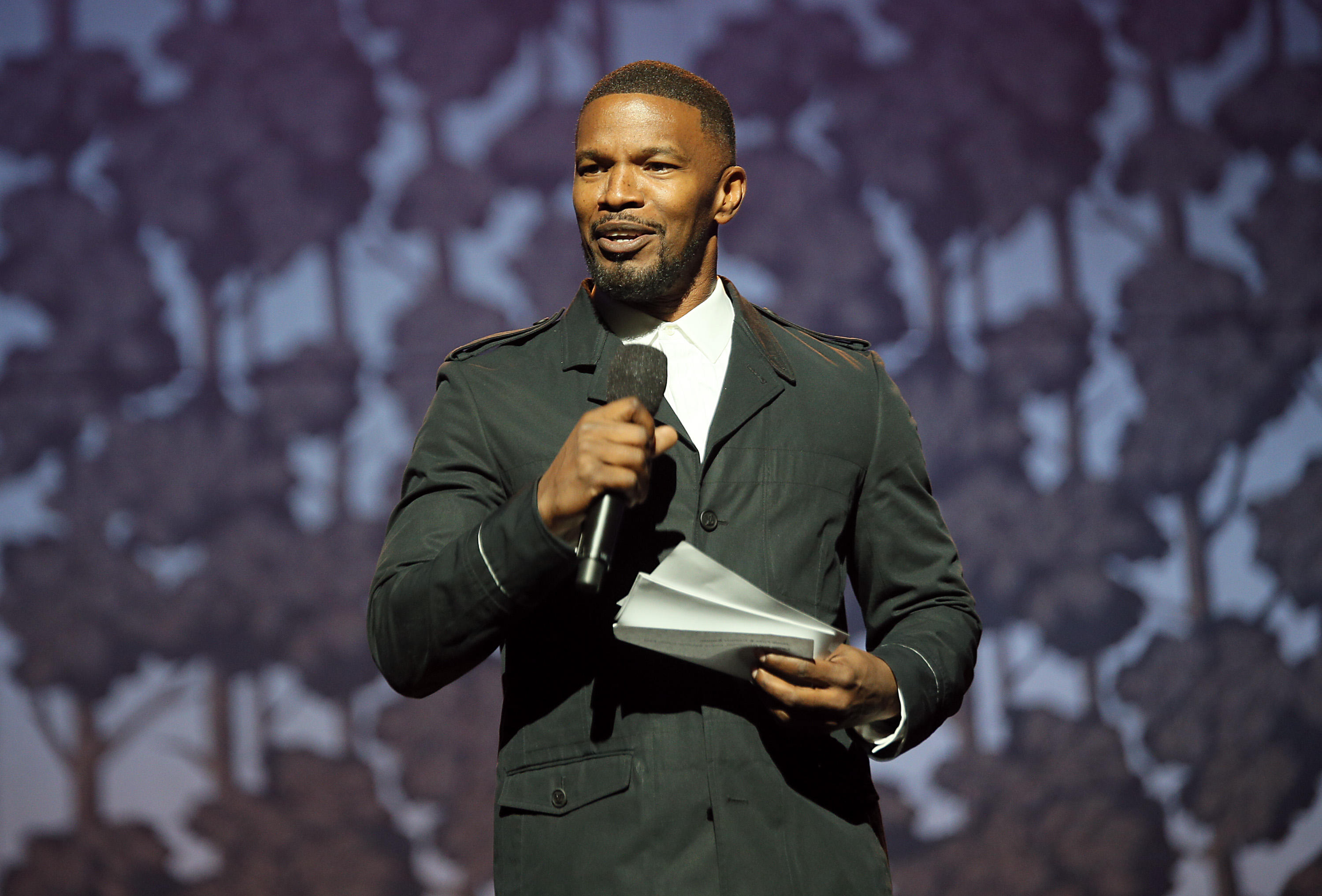 “Frankly, we blew our budget on catering,” Corden quipped when explaining why they would only be singing public domain songs.

When Foxx, the star of musical films like Ray and Dreamgirls took the stage, Corden began, “You know, Jamie, the truth is, sometimes love can be confusing.”

“I’m confused all the time. It’s so true,” Foxx agreed. “Sometimes you’re on top of the world, but sometimes you just feel like you’re going ‘round and ‘round the same mulberry bush.”

They then broke into a jazzy rendition of “Pop Goes the Weasel.”

As the sketch progressed, they went on to sing “BINGO,” “Twinkle, Twinkle, Little Star,” “Row Row Row Your Boat,” and a particularly sexually suggestive version of “She’ll Be Coming ‘Round the Mountain.”