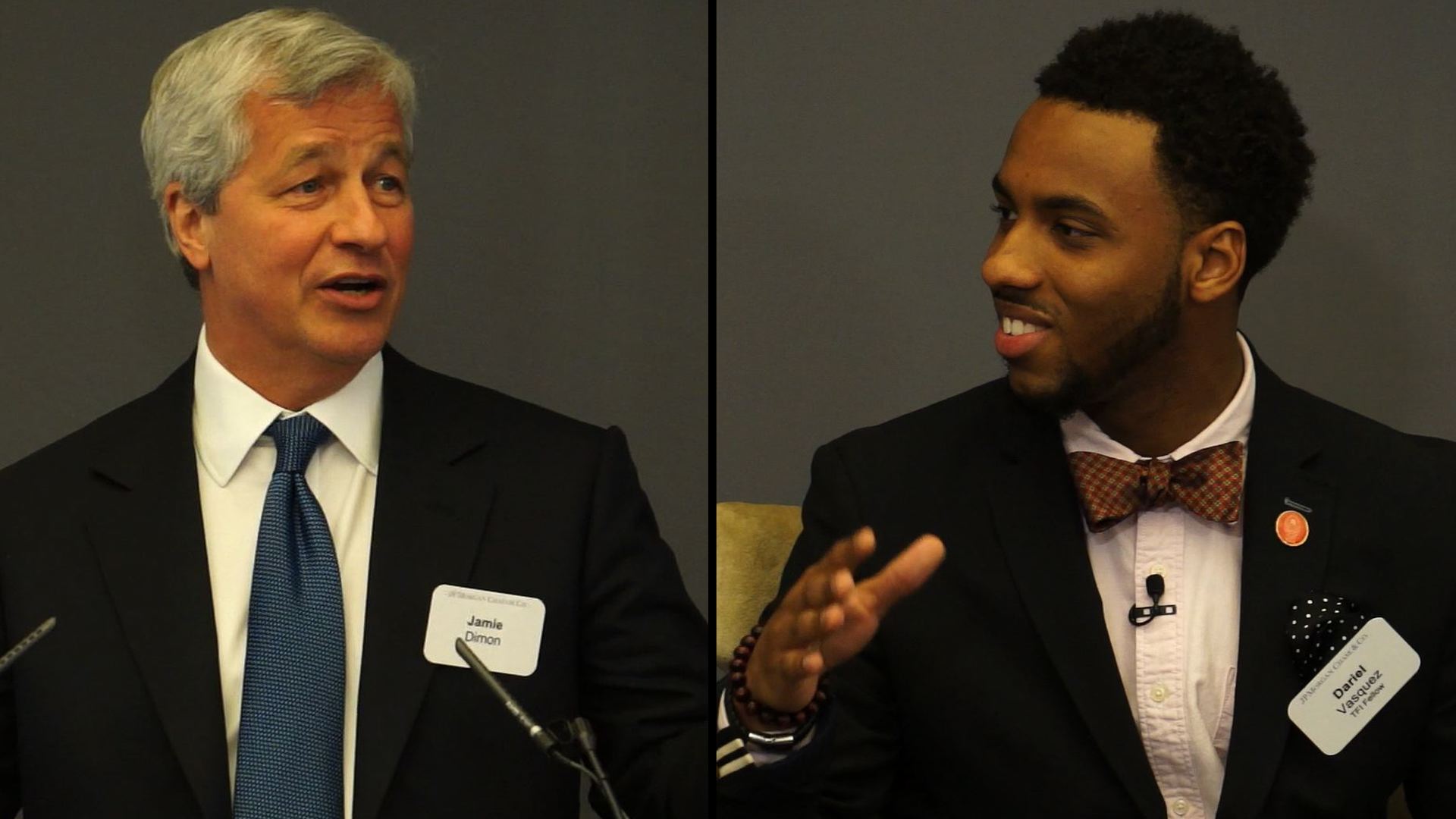 Growing up in Harlem, Dariel Vasquez had a lot standing between him and college.

There were the weed bags that littered the hallway of his public housing apartment building and the gunshots that were once so ubiquitous, he'd compare them to fireworks.

"That's the only thing as a kid you have to compare them to," said Vasquez. "As I grew older, of course, I knew more about the violence in my community."

He was the son of Dominican immigrants in a state with the nation's lowest graduation rate for black and Latino men in the country, according to a 2012 report by the Schott Foundation for Public Education. And, he jokes, he was kind of a "knucklehead."

He's now a rising sophomore at Bard College in New York, helped along by a number of factors, including a robust support network and what he describes as his "golden ticket." Vasquez is one of 24 young men of color chosen to participate in the 2010 pilot program of The Fellowship Initiative, an intense multi-year program started by the JPMorgan Chase Foundation that focuses on academic enrichment and leadership development.

At an event at JPMorgan Chase headquarters on Monday, the company announced the program's expansion from 24 to 120 fellows in New York, Chicago and Los Angeles. Even with the expansion, the small number students raises questions about its effectiveness in tackling the problems on a national or even citywide scale.

"I've learned a long time ago that if you figure something out that works, you can amplify it," said JPMorgan Chase Chairman and CEO Jamie Dimon in an interview with CBS News. "You learn a lot in the process and if you get it right, you can expand it dramatically."

The program boasts a 100 percent graduation rate for its fellows, and a 100 percent acceptance rate to four year colleges. Its success has been been trumpeted by the White House and New York City Mayor Bill de Blasio. Retired General and former Secretary of State Colin Powell, the son of Jamaican immigrants, praised the program at Monday's event, and pushed for other New York financial powerhouses to get involved.

"I only wish that we could get another 100 companies below 59th street to do something similar," Powell said. "There are still thousands of these youngsters who are waiting for a program like this to come along and help them."

Starting their sophomore year in high school, the 24 students in the pilot program received what Vasquez described as a bombardment of opportunities and resources. For three years, they attended special classes on most Saturdays. They took after-school classes and summer classes. They received mentoring, tutoring and coaching on college admissions. They traveled to South Africa to learn about leadership.

For Vasquez, a chief benefit of the program is simply the fact that it shows what he and his peers can do when given the chance.

"I'm breathing proof that, if you do give equal opportunities and equal resources to these underserved communities, and you level out the playing field, they can reach their full potential," he said.

Growing up, Vasquez initially wanted to be a doctor, helping to heal those in his community. But, he said, he grew to feel that as a doctor, he could do his best to save a peer with a bullet wound, when what he really wanted to do was "prevent the gunshot from even occurring."

"I think I had to come to reality with that if I'm really trying to make effective change and if I'm really serious about making change in my community, it has to come from the root," he said.

Now a sociology major, Vasquez runs his own workshops for young men of color. He ran one at his old high school and is establishing an initiative at Bard to help members of the surrounding community graduate from high school and college.

Vasquez said opportunities like The Fellowship Initiative opened a door for him.

"I have a huge responsibility to keep it open and help people walk through it, or go back and share the blueprint with others, that's really what it comes down to."

Recruitment for the next, expanded class of fellows began in June across three cities. Orientation starts in August.

Biden at year one: Not enough focus on inflation leaves many frustrated
Lulu Chiang

Lulu Chiang is a senior producer for CBS News based in New York.