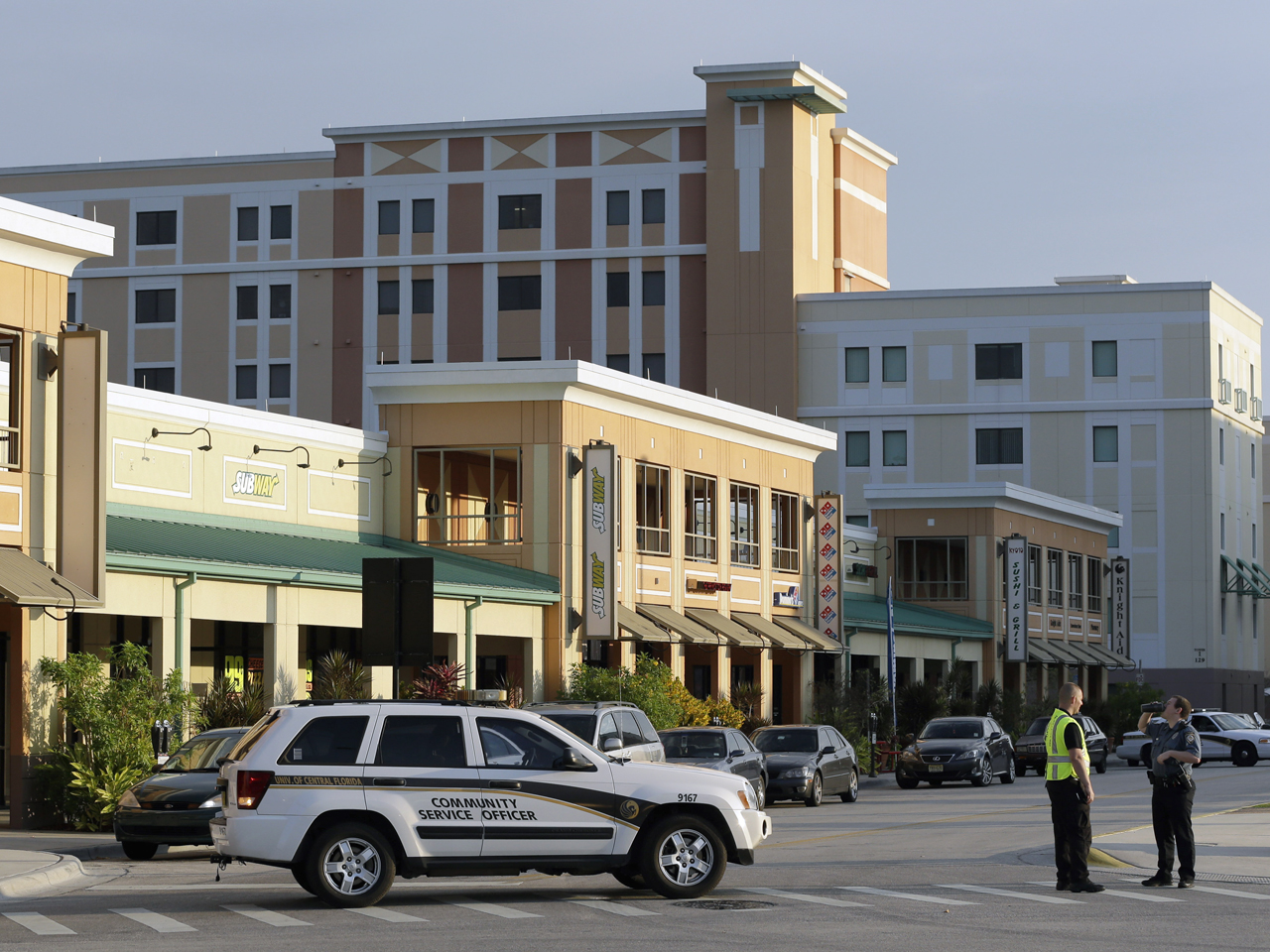 (CBS) ORLANDO, Fla. - Police identified James Oliver Seevakumaran, an evicted student, as the man found dead from an apparent self-inflicted gun shot wound in a dormitory at the University of Central Florida (UCF) on Monday.

Seevakumaran's body was found along with two guns and explosives, which officials say they believe was part of a "planned attack on the UCF campus," CBS affiliate WKMG reports.

Tower 1, a seven-story dorm building that hosts 500 students, was evacuated just after midnight after the 30-year-old's body was found in a third-floor dorm room on the Orlando campus. Seevakumaran was a UCF business major who wasn't enrolled in the spring semester, WKMG reports.

According to UCF police chief Richard Beary, additional information, including notes, were found in the room, making it appear that Seevakumaran had plans to make an attack on the campus and had laid out a timeline on how he planned to kill people.

Police said it appeared his timeline had been thrown off when authorities responded to a fire alarm call quicker than he expected.

Officials said Seevakumaran's death was caused by an apparent self-inflicted gunshot wound. Police said they speculate Seevakumaran pulled the fire alarm himself to get students to evacuate in one area and his roommate's 911 call made the response to the fire alarm faster, prompting him to shoot himself.

Beary said Seevakumaran's roommate had called 911 to report Seevakumaran had pointed a gun at him when he walked out of his room after the fire alarm went off. Another roommate was out of town and the third roommate had left the apartment immediately when the alarm was set off, prior to Seevakumaran producing his gun, the station reports.

Grant Heston, a spokesman for the university,  said Seevakumaran wasn't enrolled, didn't pay for housing and in mid-February, UCF began its eviction process but didn't immediately kick the student off campus.

"We try to take a compassionate approach, not to kick them off on day one," Heston said. Heston said UCF is looking into that process now.

The two guns found in the dorm room, including an American-Tech tactical .22 caliber rifle, were purchased at an unnamed Orlando gun store. A backpack of four improvised explosive devices and hundreds of rounds of ammo were also found, according to Julie Torres of the Bureau of Alcohol, Tobacco, Firearms and Explosives, WKMG reports.

There are no records of Seevakumaran seeking UCF counseling or going to psychological services, according to Heston. Police said they believe no one else was involved in the plan, as Seevakumaran was described by his roommate as a "loner."

According to records, Seevakumaran was arrested in Seminole County in 2004, when he was 21, for serving alcohol to a minor. He reportedly got a pretrial diversion, meaning no conviction on his record. In 2008, he was arrested again for driving with a suspended license, to which he pleaded no contest and had adjudication withheld, meaning no conviction on his record, WKMG reports.

Tower 1 has been reopened, except for the 3rd floor, and classes resumed Monday afternoon.