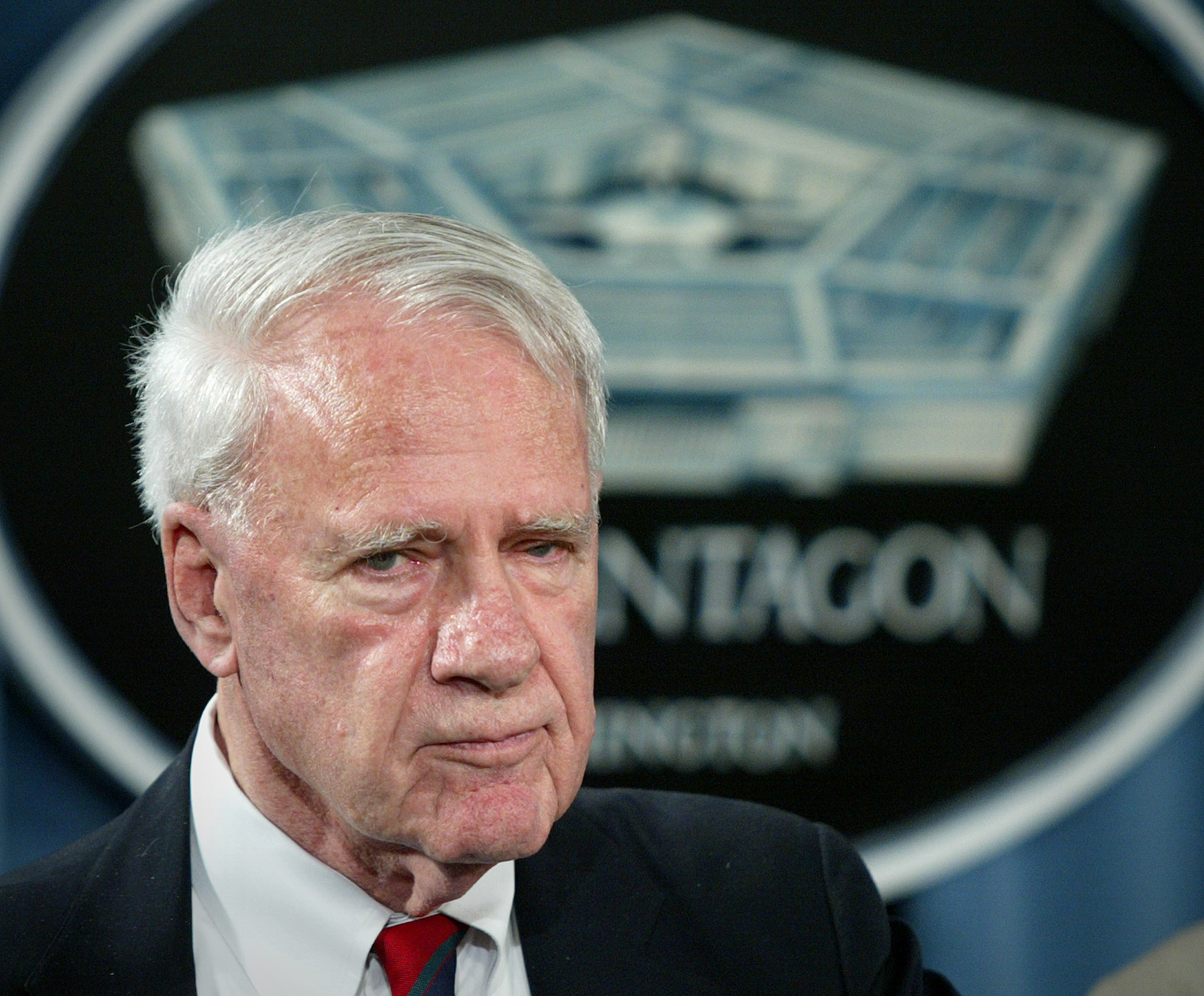 WASHINGTON -- James R. Schlesinger, a hawkish and erudite Republican who straddled the partisan divide to serve in Cabinet-level posts under three U.S. presidents, has died, a Washington think tank said Thursday. He was 85.

The Center for Strategic and International Studies, where Schlesinger was a trustee, confirmed his death.

The onetime University of Virginia economics professor built an impressive national-security resume as defense secretary for Republican presidents Richard Nixon and Gerald Ford and was the nation's first energy secretary under Democratic President Jimmy Carter. Earlier he was a top White House budget official, chairman of the Atomic Energy Commission and director of the Central Intelligence Agency - all under Nixon.

In later years, he served on a host of defense and energy-related task-forces and advisory committees and continued to push for more sophisticated nuclear weapons systems. He was a longtime member of the Pentagon's Defense Policy Board and was appointed by President George W. Bush to the Homeland Security Advisory Committee.

Schlesinger also led a prison abuse investigation in the wake of the Abu Ghraib scandal.

Schlesinger was "a remarkable public servant," said former Sen. Sam Nunn, a Democrat, who sparred with him as chairman of the Senate Armed Services Committee.

"He left an astounding mark on American security and energy policy," CSIS said on its website. "After leaving government, Dr. Schlesinger continued to promote a stronger and more prosperous country through his work at many policy institutions, including CSIS."

The Harvard-educated Schlesinger gained a reputation as a perceptive thinker on nuclear strategy, advocating a retreat from reliance on mutually assured destruction as a means of avoiding nuclear war with the Soviet Union. "Deterrence is not a substitute for defense," he said.

Becoming defense secretary in 1973 at age 44, Schlesinger was well-liked among military leaders, consulting with them frequently and aggressively lobbying Congress for more money for the armed forces. His pro-interventionist foreign policy also brought him favor with the new-right coalition of the day. He worked to rebuild military morale and revamp nuclear strategy in the turbulent period after the Vietnam War era. He opposed amnesty for draft resisters.

But his bluntness and tenacity in military budget struggles made for often prickly relations with Congress and he clashed frequently with Secretary of State Henry Kissinger. President Ford fired him in 1975 and replaced him with his White House chief of staff, Donald Rumsfeld.

But Schlesinger wasn't gone for long.

He was back in the senior ranks of government roughly two years later, serving first as Carter's energy "czar" and then as the first secretary of the new Energy Department, created amid severe fuel shortages and soaring prices spawned by oil embargoes and tensions with Iran in the 1970s.