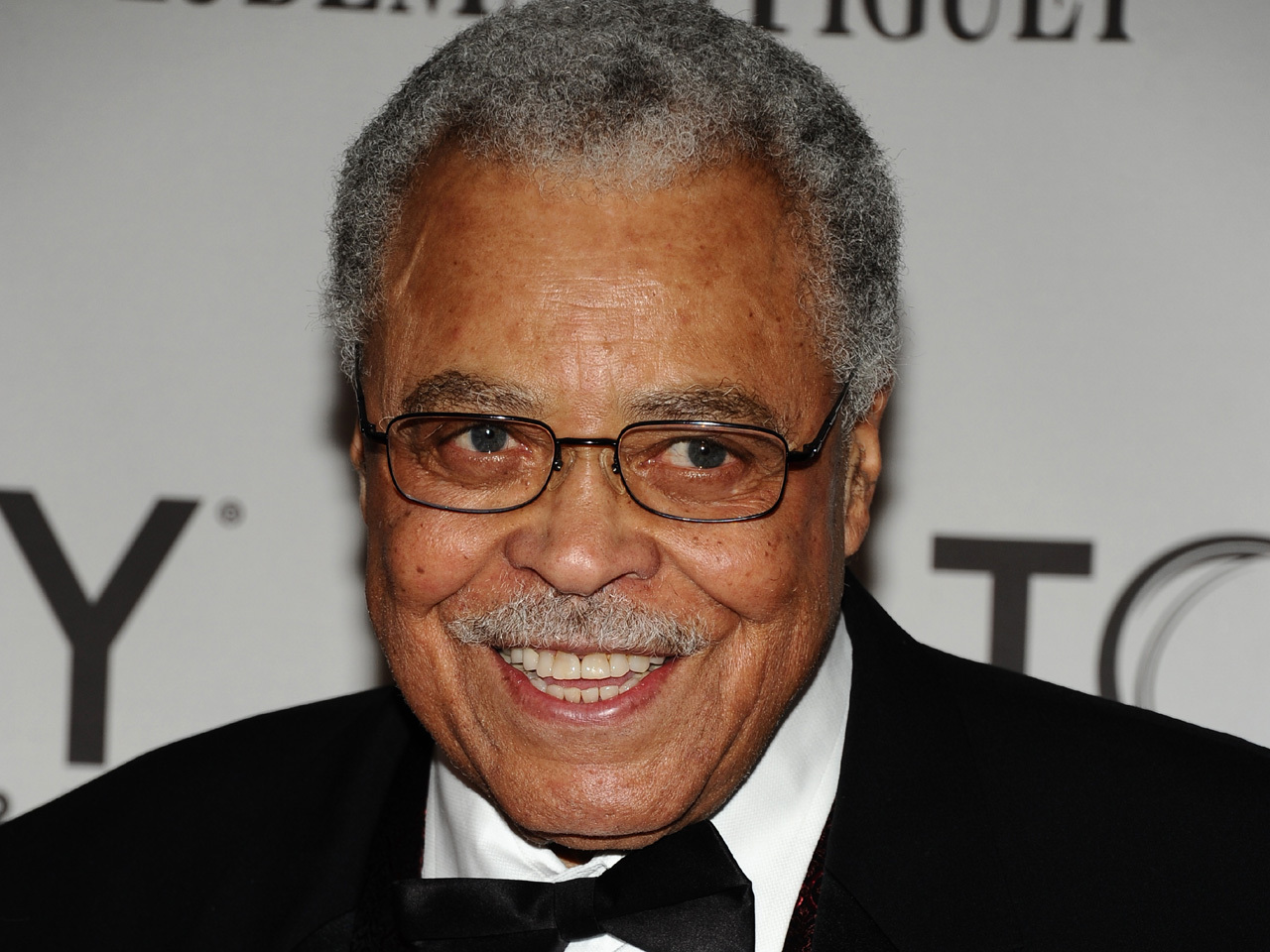 James Earl Jones is about to receive an honorary Oscar for his nearly five decades in film, but the 80-year-old thespian says he shouldn't even be an actor.

"One, because I'm a stutterer," the deep-voiced star said by phone from London, where he is starring with Vanessa Redgrave in the stage production of "Driving Miss Daisy."

"And two," he continued, "my introduction to motion pictures was sitting on a bench in Mississippi watching a movie on a makeshift screen, a sheet stretched between two stores, and when a fistfight broke out on screen on that sheet, I freaked out. I couldn't handle the violence, so I hid under the bench and begged people to make them stop, and they didn't. They just watched.

"I guess I said if I can't stop them, I better join them."

Join them he did, making his big-screen debut in Stanley Kubrick's 1964 classic, "Dr. Strangelove or: How I Learned to Stop Worrying and Love the Bomb."

Jones was nominated for the best actor Oscar for 1970's "The Great White Hope," the same role that won him a Tony two years prior. He has appeared in scores of movies, plays and TV shows, and gave voice to two of film's most memorable fathers: Mufasa in "The Lion King" and Darth Vader in the "Star Wars" trilogy.

"When Darth Vader first spoke on film, I denied it was me," Jones said. "I had good reason: I thought it was special effects." Asked to compare stage, screen and voice acting, Jones said, "I love it all. I even love commercials."

When the Academy of Motion Picture Arts and Sciences called in August to say they were honoring him with an Oscar at the third annual Governors Awards, Jones thought it was a joke.

"The caller convinced my son, who screens everything, convinced him that it wasn't a prank," he said. "Once we accepted it as not a prank, we started laughing and haven't stopped laughing since."

The actor said he is deeply grateful for the honor and his long tenure as an entertainer.

"I have been very content with my career and very happy, even though I am not primarily a film actor, and that makes it even more astonishing that I would get this award," he said.

He said he still has more to do on screen: "I've done some beauties, but I don't think I've done that movie that can say I'll leave as my legacy. I'm still waiting for that one."

"An older guy, of course," he said with a laugh. "That's the main requirement."

Jones will be lauded at Saturday's Governors Awards ceremony in Los Angeles, along with makeup artist Dick Smith and philanthropist Oprah Winfrey, who will receive the Jean Hersholt Humanitarian Award.

The actor won't be at the ceremony, though, opting to avoid the long flight to continue "Daisy's" run uninterrupted. But he'll be celebrating across the pond and plans to participate via video.