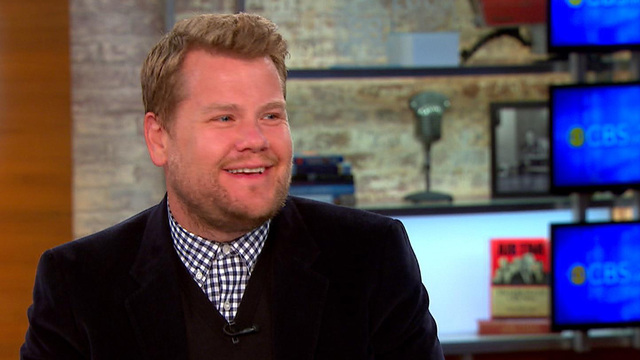 James Corden has already achieved breakout success during his first two months as host of "The Late Late Show" and shows no signs of slowing down. Corden has consistently delivered creative, laugh-out-loud comedy to his late night gig, and usually it's alongside A-list talent.

"Historically these shows only get better with time. If you go back and you watch other talk shows that have launched, there is an element of bedding in and needing to find one's feet," Corden said on "CBS This Morning" Monday. "So in one sense that makes me very excited to see where we are in a year."

The British comedian and actor said he had reservations about doing the show because of his lack of hosting experience.

"I'm not a stand-up comedian, I've never really done anything like that--- I don't really know what I do," Corden said. "Essentially I just [am] a bit of an idiot for an hour every night."

"The Late Late Show" gets the most critic and fan praise for its innovative and entertaining skits. His singalong video with Justin Bieber is currently at over 20 million views on YouTube after only a week. Corden's dodge-ball team with One Direction (otherwise known as Corden's Angels) is another fan favorite, as is his unusual underwear modeling shoot with former soccer star and actual underwear model David Beckham.

Corden says the near-naked shoot with Beckham wasn't awkward because they've known each other for a long time. In fact, they worked on another comedic skit where they bathed together, so shooting in their underwear was no big deal.

Despite his initial doubts, Corden is enjoying every second of it.