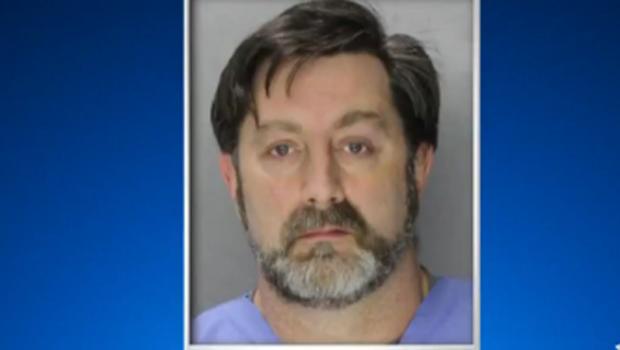 Lower Makefield police say 45-year-old James Close, of Abington, who works at Penn Medicine Dermatology, was arrested on Feb. 13 after a 17-year-old patient noticed a phone on the ground had been recording her while naked.

Investigators say they found more than a dozen videos on the suspect’s phone of the underage girl and other patients after obtaining a search warrant.

“It’s very disturbing. You have a trust with people in the medical profession,” said Matt Weintraub, Bucks County District Attorney.

“We are appalled by the action of this former employee and we are cooperating fully with the investigation,” said Susan Phillips, a spokeswoman for Penn Medicine.

“I’m afraid there may be more,” says Weintraub. “That’s my concern at this point. We want to make sure we take care of the victims that we have. Make them feel safe.”

The suspect is being held at Bucks County Correctional Facility. A preliminary arraignment is scheduled for Tuesday.

It’s not known if Close has a lawyer.