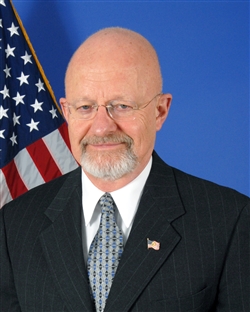 CBS News has confirmed that the White House plans to nominate James Clapper to be the new Director of National Intelligence, replacing Dennis Blair, who resigned effective May 28th.

While the National Intelligence Director ostensibly oversees the nation's intelligence agencies and helps them work together, Blair often lost out to CIA chief Leon Panetta and homeland security adviser John Brennan in turf battles, with the White House siding with Blair's rivals.

"It is the worst kind of job - all responsibility and no authority," said CBS News Pentagon Correspondent David Martin. "He is the intelligence officer responsible for briefing the president each morning on intelligence matters, and answers to him when things go wrong - as Blair did in the Christmas day bombing. But he does not have the power to hire and fire personnel at any of the 16 intelligence agencies he supposedly oversees, does not have control over their budgets, does not have the authority to approve or disapprove covert actions before they are undertaken by the CIA."

"The naming of the fourth director of national intelligence in five years is a reminder of the challenges in the job and the debate over where the post fits into the intelligence alphabet soup of spy agencies including the CIA, FBI and the NSA," said CBS News White House Correspondent Peter Maer.

Some lawmakers have expressed reservations about Clapper, whose Department of Defense bio is here. On May 27th, the Associated Press' Kimberly Dozier reported that the White House was cooling on Clapper amid opposition from members of Congress, who questioned "whether his military background and its emphasis on hierarchy is the right skill set to corral the nation's 16 intelligence services and keep Congress happy."

Both Sens. Dianne Feinstein, D-Calif., and Kit Bond, R-Mo, the parties' leaders on intelligence matters, have suggested they may well have problems with Clapper taking the job.

"I believe the best thing for the U.S. Intelligence Community is to have someone with a civilian background in charge," Feinstein, the chair of the intelligence committee, told Newsweek. Added Bond: "I believe he is too focused on Defense Department issues, and he has tried to block our efforts to give more authority to the DNI."

The Senate Intelligence Committee must approve a nominee before the pick goes before the full Senate for a vote.

A retired Air Force general, Clapper would be the fourth Director of National Intelligence -- and the third to come from the military. During his career, Clapper has been head of two of the intelligence agencies which he would now oversee as DNI.

Clapper, who has a strong background in technical and military intelligence, has been a big supporter of increased use of drones -- unmanned surveillance planes in Iraq and Afghanistan. The drones have been a big part of the Obama administration's campaign against terrorist groups.