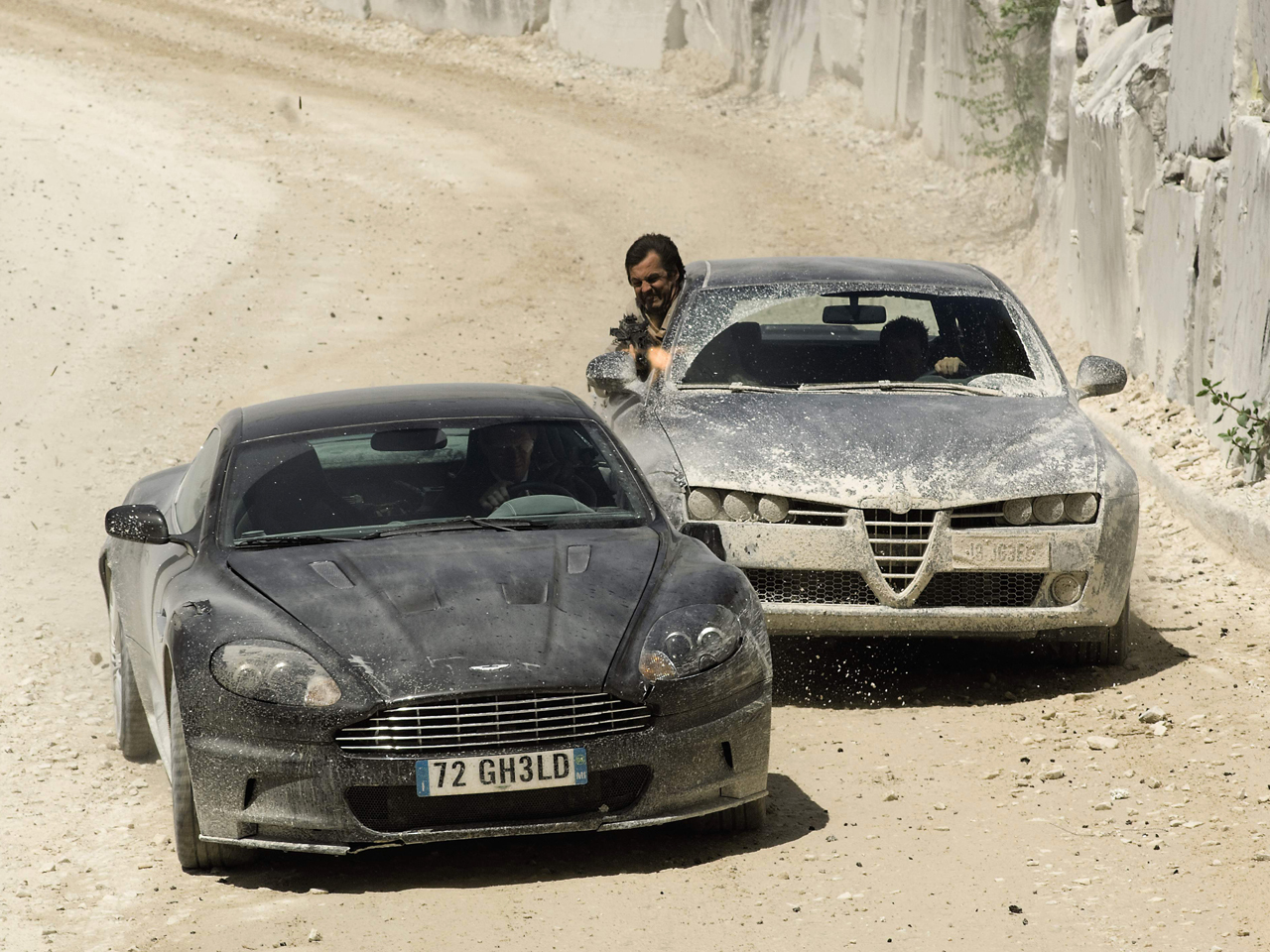 (CBS/AP) LONDON - An Aston Martin V12 DBS coupe featured in the James Bond film "Quantum of Solace" is the top attraction at a charity auction next month, Christie's auctioneers said Thursday. The auction marks the 50th anniversary of the first 007 film, "Dr. No."

Nine other items, including sunglasses worn by Daniel Craig in "Quantum of Solace," will also be offered in support of other charities.

Christie's said 40 items will be offered through an online auction from Sept. 28 to Oct. 8 to benefit UNICEF.

Many of the items were donated by EON Productions, producer of the "official" Bond films, and there were also donations from Timothy Dalton, Aston Martin and the family of the late Ian Fleming, the creator of James Bond.

The Aston Martin DBS is one of seven used in filming "Quantum of Solace." Aston Martin has been a favorite in the Bond films, first appearing in "Goldfinger" in 1964 and then in eight other films, according to Christie's.

Other items in the Oct. 5 sale include special editions of all of the Bond books by Ian Fleming, estimated to sell at least for 10,000 pounds; an Omega "Planet Ocean" watch worn by Craig in the yet-to-be-released "Skyfall" (6,000 pounds); and the blue swimming trunks worn by Craig in "Casino Royale" (3,000 pounds).

The online sale includes a silk wrap dress worn by Halle Berry in "Die Another Day" (2,000 pounds); a pre-production replica of a BMW Z28 roadster from "The World Is Not Enough" (25,000 pounds); a clapperboard and director's chair from "Golden Eye" (800 pounds); a model of the space shuttle from "Moonraker" (8,000 pounds); a belt with a gold bullet buckle worn by Christopher Lee in "The Man with the Golden Gun" (1,000 pounds); and a first edition of "On Her Majesty's Secret Service" autographed by Ian Fleming (4,000 pounds).

James Bond will return to the big screen this fall, when "Skyfall" arrives in theaters on Nov. 9.