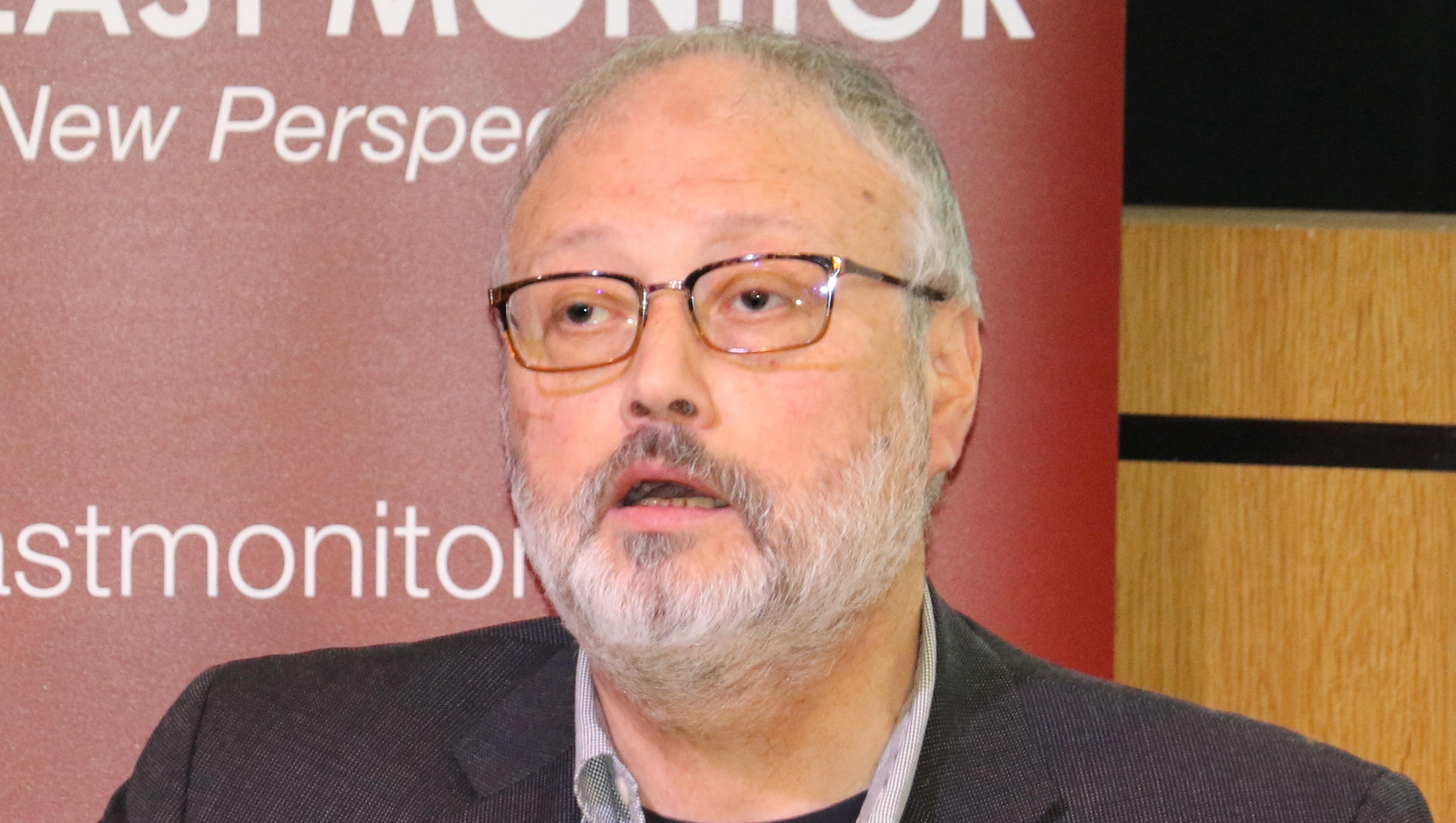 ISTANBUL — The Washington Post published a new column by Saudi writer Jamal Khashoggi Wednesday that the paper said it received after he was reported missing. In it, he warns governments in the Middle East "have been given free rein to continue silencing the media at an increasing rate."

The column is titled, "What the Arab world needs most is free expression."

The Post posted the column on its website hours after Turkish crime-scene investigators searched the home of the Saudi consul general in Instanbul on Wednesday. Earlier, a pro-government newspaper published a gruesome account of the journalist's alleged slaying.

The Post's chief correspondent covering national politics, the presidency and Congress, Dan Balz, tweeted about it:

The column, which was also made available in Arabic, was published more than two weeks after Khashoggi was last seen entering the Saudi consulate in Istanbul. Turkish officials say he was killed by Saudi agents. The Saudi government has denied it.

The Post's Global Opinions Editor, Karen Attiah, added a note on top of the column saying, "I received this column from Jamal Khashoggi's translator and assistant the day after Jamal was reported missing in Istanbul. The Post held off publishing it because we hoped Jamal would come back to us so that he and I could edit it together. Now I have to accept: That is not going to happen. This is the last piece of his I will edit for The Post. This column perfectly captures his commitment and passion for freedom in the Arab world. A freedom he apparently gave his life for. I will be forever grateful he chose The Post as his final journalistic home one year ago and gave us the chance to work together."

Khashoggi wrote that actions like imprisoning journalists and seizing control of newspapers "no longer carry the consequence of a backlash from the international community." He says, "Instead, these actions may trigger condemnation followed by silence."

"As a result, Arab governments have been given free rein to continue silencing the media at an increasing rate," Khashoggi wrote. He added: "The Arab world is facing its own version of an Iron Curtain, imposed not by external actors but through domestic forces vying for power."

President Trump has suggested that the global community has jumped to conclusions that Saudi Arabia is behind Khashoggi's disappearance.

The searches and the leaks in Turkish media have ensured the world's attention remains focused on what happened to Khashoggi, who went into a self-imposed exile in the U.S. over the rise of Saudi Crown Prince Mohammed bin Salman. It also put further strains on the relationship between the kingdom, the world's largest oil exporter, and its main security guarantor, the United States, as tensions with Iran and elsewhere in the Middle East remain high.

Flying back home after a visit to both Saudi Arabia and Turkey, U.S. Secretary of State Mike Pompeo remained positive about an ongoing Saudi probe into Khashoggi's disappearance, but he stressed that answers are needed.

"Sooner's better than later for everyone," Pompeo said.

The search of the consul's residence came 15 days after Khashoggi's disappearance – and after police apparently thought they would be able to conduct the search on Tuesday. Turkish Foreign Minister Mevlut Cavusoglu said Saudi officials had halted the earlier search, claiming that Consul General Mohammed al-Otaibi's family was still there.

Crime-scene technicians wore white coveralls, gloves and shoe covers entering the residence. It wasn't immediately clear what they hoped to find there, although surveillance video had showed diplomatic cars moving between the consulate and the residence nearly two hours after Khashoggi walked into the diplomatic post.

Turkey's private DHA news agency, without citing a source, said police wanted to inspect a "water well" in the garden of the residence.

Prominent U.S. newspapers have reported, citing anonymous sources, that Saudi officials may soon acknowledge Khashoggi's slaying at the consulate but blame it on a botched intelligence operation. That could, like Trump's softening comments, seek to give the kingdom a way out of the global firestorm of criticism over Khashoggi's fate.

However, no major decisions in Saudi Arabia are made outside of the ultraconservative kingdom's ruling Al Saud family.