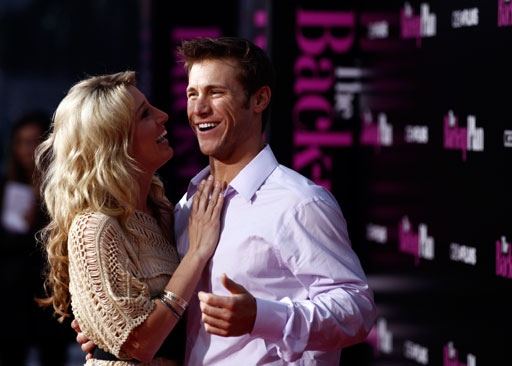 NEW YORK (CBS) Jake Pavelka and Vienna Girardi came face-to-face for the first time since their breakup Wednesday night - and boy, did it get ugly.

The meeting, which will air during "The Bachelorette" on July 5, turned to be an emotional and heated showdown as the two discussed their highly publicized split.

According to Us magazine, Pavelka, 32, was visibly frustrated after Girardi, 24, would repeatedly cut him off. She later stormed off the set in tears.

"Vienna was on the defense," a source tells the magazine. "She was trying to play victim."

The high tension between the two sparked rumors on the internet suggesting that the meeting took a violent turn.

"The atmosphere was emotionally charged," a producer of the show said in a statement obtained by Extra. "However, and contrary to reports that have surfaced about the interview, at no time was anyone ever physically in harm's way, nor was anyone ever threatened with physical violence."

After the couple announced their separationTuesday, conflicting reports about the reasons of the split surfaced.

The former "Bachelor" star told People magazine that he broke up with Girardi over the phone and said there was "trust issues," while Giradi recently revealed her side of the story to Star magazine, saying that the affection Pavelka showed her was just for the camera.

The interview will air July 5 on ABC.