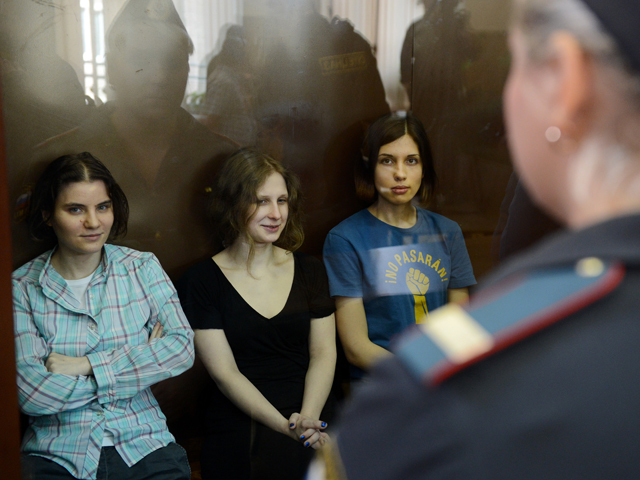 However, he described their protest against him in a church as “disgraceful.”

Nadezhda Tolokonnikova, 24, and Maria Alyokhina, 25, are serving a two-year jail sentence for performing a "punk prayer" against Putin and his ties to the Russian Orthodox church in Moscow's main cathedral.

The two jailed members should be released in the coming days, reports The Guardian.

The two women had been due for release in March but are now expected to be freed sooner under the amnesty, in part because both are mothers of small children.

The amnesty bill, passed by the Russian Parliament, will also enable 30 people arrested in a Greenpeace protest against Arctic oil drilling to avoid trial - removing two irritants in ties with the West before Russia hosts the Winter Olympics in February.

The two Pussy Riot members were sentenced for hooliganism motivated by religious hatred, reports the Guardian, while the Greenpeace activists were charged with hooliganism and are on bail awaiting trial.

Putin said the amnesty was not drafted with the Greenpeace activists or Pussy Riot in mind. It was passed, he said, to mark the 20th anniversary of Russia's post-Soviet constitution. "It (the amnesty) is neither linked to Greenpeace, nor this group (Pussy Riot)," he told an annual news conference.

The Kremlin leader made clear he had no doubts about Russia's handling of both cases although it drew criticism from Western nations and a number of global celebrities. "I was not sorry that they (the Pussy Riot members) ended up behind bars," Putin said. "I was sorry that they were engaged in such disgraceful behavior, which in my view was degrading to the dignity of women. They went beyond all boundaries," he said.

Putin also said Thursday that he would pardon jailed oil tycoon Mikhail Khodorkovsky, imprisoned since 2003, though the pardon did not fall under the amnesty law.