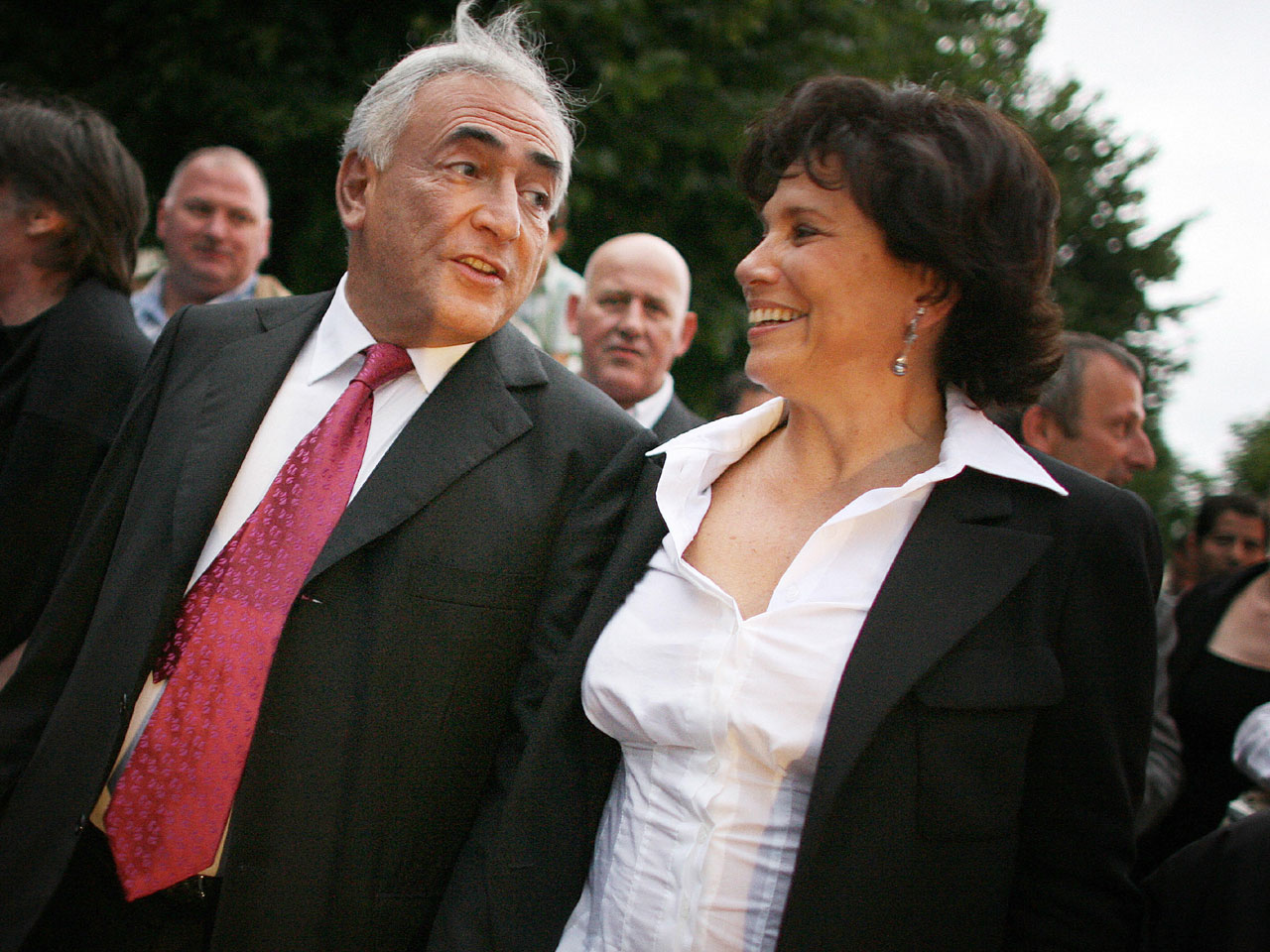 PARIS - She's a gutsy, charismatic television journalist who long had more star power than even her political heavyweight husband.

Anne Sinclair, wife of jailed IMF chief Dominique Strauss-Kahn, is known as the "quiet force" who gave up her career to clear the path for her husband's, and whose celebrity, ambition and drive helped propel him to international renown and the threshold of the French presidency.

Throughout her 20-year marriage, Sinclair has time and again marshaled her wealth and clout to defend her husband through political, financial and sex scandals, once saying she would fight "with tooth and nail" to protect him.

That loyalty and devotion now faces its most searing test yet.

For now, even the shocking allegations of attempted rape of a hotel maid appear not to be making her waver as she rushes from Paris to New York, where her husband is locked up in infamous Rikers Island, to champion his cause.

Sinclair, 62 like her husband, has only issued one brief statement since Strauss-Kahn's formal arrest early Sunday - but it was staunchly supportive: "I don't believe for a single second the accusations of sexual assault by my husband. I am certain his innocence will be proved."

Friends quoted in French media who have spoken with Sinclair since her husband's arrest describe her as "very strong, very determined to fight."

"She will do anything and everything for him," French daily Le Parisien quoted one anonymous friend as saying Tuesday.

Strauss-Kahn's second wife - Sinclair is his third - also has come to his defense. "He's someone very sweet, violence is not part of his character. He has a lot of faults, but not that one!" Brigitte Guillemette told Le Parisien Tuesday.

But it's Sinclair who's in the spotlight, less than three years since she was last forced to defend Strauss-Kahn, when an affair with an IMF subordinate nearly cost him his job.

Sinclair learned of her husband's detention late Saturday night in Paris, where she was attending a birthday party for famed French heartthrob, singer and actor Patrick Bruel, according to Le Parisien. She flew Monday to New York, along with Strauss-Kahn's spokeswoman.

It's a scenario whose pain and humiliation can perhaps only be imagined by the wives of other high-profile politicians forced into public accountings for their sexual behavior - Hillary Clinton, Silda Wall Spitzer, and the late Elizabeth Edwards. This week, Maria Shriver was added to that list of victims when her husband, former California Gov. Arnold Schwarzenegger, acknowledged that he had fathered a child with a member of his household staff.

In October, 2008, Sinclair watched as her husband was forced to apologize and admit "a serious error of judgment" for an affair with an IMF employee in Washington, DC. The IMF board investigation concluded that Strauss-Kahn's behavior was "regrettable and reflected a serious error of judgment," but found that the fling was consensual and did not involve any type of sexual harassment, favoritism or abuse of authority.

Afterward Sinclair posted to a her blog a short comment, saying that "these are things that can happen in any couple. For me, this one-night-stand is behind us, we've turned the page. And we still love each other like on the first day."

Sinclair was a French A-list celebrity in the 1980s and 1990s as host of one of France's most popular television programs, "7/7." From 1984 to 1997, her blue eyes and trademark angora sweaters were a staple of Sunday night TV, as she interviewed heads of state and global celebrities. Her guests ranged from Bill Clinton and Mikhail Gorbachev to Madonna, Bill Gates and Paul McCartney, on a program that Sinclair compares on her blog to being like a French Larry King Live.

The show regularly drew between 10 million and 12 million viewers a week, making Sinclair one of France's highest-paid and most influential journalists.

In 1997, at the height of her fame, she gave it all up: Her husband was named finance minister - and she quit in order to avoid any conflict of interest.

Born in New York in 1948, where her family had fled the Third Reich, Sinclair grew up in Paris' posh 16th arrondissement. Her grandfather was the famous pre-war art dealer Paul Rosenberg, one of Picasso's early champions.

She got her start in journalism at 25, working at French radio station Europe 1. She moved into television five years later, and by 1982 was hosting programs on France's ratings champion TF1. Her work on "7/7" earned her four of the French equivalent of the Emmys.

At the time, Strauss-Kahn was a junior minister for industry, and considered one of the Socialist party's rising stars. French newspaper Liberation has written that "for a long time it was her contacts, her media prominence, social status and wealth" that helped give Strauss-Kahn his increasing political stature.

The couple was tested in the late '90s by two financial scandals. Strauss-Kahn was forced to resign as finance minister as a result of one of them, but he was later cleared at trial.

Sinclair was at his side throughout it all, appearing multiple times with him on the cover of glossy high-circulation magazines like Paris Match, alongside headlines like "The love story, the glory, the test - a powerful couple in torment."

A year later, the same magazine ran a photo of the smiling couple strolling in a park, next to a quote by Sinclair: "To defend my husband I'm ready to fight tooth and nail."