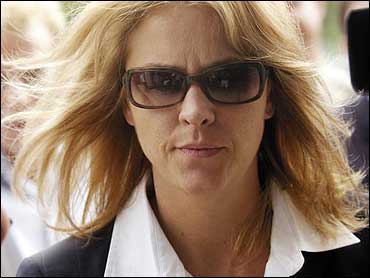 Former Catholic high school teacher Sandra "Beth" Geisel pleaded guilty to raping a 16-year-old student in her home in May, and to driving while intoxicated while out on bail in August.

In addition, reports Judy Sanders of CBS's Albany, N.Y. affiliate WRGB, Geisel abandoned her claim that she was forced, or raped herself, by the 16-year-old and two of his 17-year-old friends.

Under terms of a plea deal, Geisel, a 42-year-old mother of four, will serve six months in jail, receive alcohol counseling when she's released, and will be on the sex offender registry.

Her attorney, Don Kinsella, says she took the plea to avoid a circus: "As you can see, you're all (reporters) invited to the plea, with the D.A. saying you shouldn't miss it. So a trial would have been a total media spectacle."

District Attorney David Soares apologized for any circus-like atmosphere, but said a felony record and jail time for Geisel is a fair resolution of the case.

"This is a person," he asserted, "who is going to be subjected to probation for 10 years, be on the sex offender registry list, whose life is changed now because of her behavior. We held her accountable."

Geisel is slated to be sentenced Nov. 21.

With good time and time served, she'll be out of jail before Christmas, Sanders says. It's unclear if her subsequent alcohol treatment includes time in a treatment facility or if she'll be out on her own.

How Smart Is Your Dog?