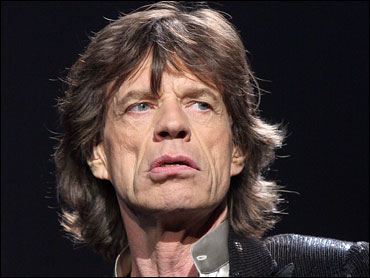 Little known musician Chris Jagger had been saying for years that his famous brother Mick would one day join him on stage. When it finally happened, the audience numbered about 40.

It happened late last month at the Bull's Head, a riverside pub in southwest London, and anyone who wants proof can see grainy footage on YouTube that someone captured on a cell phone.

Mick Jagger, 63, had been visiting his former wife Jerry and their children in nearby Richmond when he slipped into the pub wearing a purple sweater and joined Chris's Atcha! blues band.

In the impromptu performance, Chris, 59, plays guitar, and the brothers use a single microphone to sing "Dead Flowers," a track from the Stones' "Sticky Fingers" album.

Chris told the Daily Mail newspaper that he persuaded his brother during a break in the Atcha! show to take to the stage.

"At first he didn't really want to do it, but I said to him: 'You've got a tour coming up. I think you need the practice,'" Chris said.

The Rolling Stones began a European tour in Belgium this week and will be headlining at the Isle of Wight music festival on Sunday.