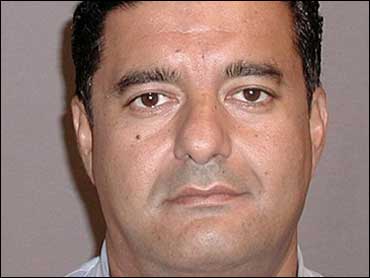 A Soviet-born New York businessman known in the hip-hop world as "Jacob the Jeweler" was sentenced Tuesday to 2½ years in federal prison for lying to investigators looking into a multistate drug ring.

Jacob Arabov, 43, pleaded guilty in October to falsifying records and giving false statements as part of a deal with federal prosecutors.

"I feel ashamed that I broke the laws of this country, a country that has been so good for me," the immigrant from Soviet Uzbekistan told U.S. District Judge Avern Cohn. "I will carry this shame for the rest of my life."

The plea deal called for a recommended sentence of three years, one month to three years, 10 months in prison. Cohn shaved seven months off the minimum term, citing Arabov's extensive philanthropic work and noting many letters of support.

Cohn also fined Arabov $50,000 and ordered him to make a $2 million forfeiture payment to the government. A defense lawyer handed an Internal Revenue Service agent a cashier's check for $2 million.

U.S. Attorney Stephen J. Murphy said people who sell jewelry and other expensive goods "are in an easy position to help narcotics dealers hide their assets."

"Today's sentence should be a strong warning that such conduct carries serious consequences," Murphy said in a news release.

Arabov immigrated from Soviet Uzbekistan at 14 and built a successful New York jewelry business. He was arrested in 2006 on accusations that he and others conspired to launder about $270 million in drug profits.

Prosecutors dropped the money laundering charges in the plea deal.

Authorities accused Arabov and others of conspiring to launder drug profits for the "Black Mafia Family," a ring that operated out of the Detroit area from 1990 to 2005. They say he tried to hide the ownership of part of $5 million worth of seized jewelry.

They say about 1,100 pounds of cocaine and $19 million in cash, cars and jewelry were seized beginning in 2000.

Arabov, also known as the "King of Bling," became popular among hip-hop and R&B artists in the mid-1990s.

He launched a line of religious-themed jewelry with Kanye West, who later named him in songs including "Diamonds From Sierra Leone," in which he asked, "These ain't conflict diamonds, is they Jacob? Don't lie to me man."