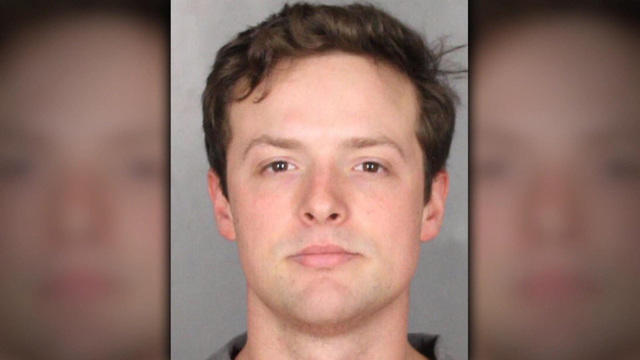 A former Baylor University fraternity president accused of raping a teenage sophomore in 2016 will avoid jail time after pleading to a lesser charge in a deal approved by a judge who has allowed light sentences in other cases involving sexual assault allegations.

The judge in this case, Ralph Strother, said 23-year-old Jacob Anderson must undergo counseling and pay a $400 fine. Anderson initially faced years in prison and having to register for life as a sex offender. Under the deal with prosecutors, he pleaded no contest to one charge of unlawful restraint. Anderson now faces three years of deferred probation but will not have to register as a sex offender.

This is at least the third time judge Strother has approved probation for men accused of sexually assaulting Baylor students. One was after a guilty plea in a 2013 rape case and another earlier this year included a 30-day jail sentence served on weekends.

Anderson's alleged victim said she's "devastated" and her supporters are worried about the message it will send. She told police in 2016 the former Baylor fraternity president repeatedly raped her at an off-campus house party where alcohol was served. She said he gagged and choked her until she lost consciousness.

Following Monday's plea agreement the woman, known as "Donna Doe," addressed the judge in court saying, "I am devastated by your decision…he stole my…virginity and power over my body and you let him keep it for all eternity."

"I think people are finally realizing this is a problem and that survivors aren't taken seriously…We see time and time again, everything from the national level down to the local level of a lot of people, mainly men, getting away with things like this," Albin said.

In a statement Monday, prosecutor Hilary LaBorde said Anderson's plea deal was "the best outcome given the facts of the case. Conflicting evidence and statements exist…making the original allegation difficult to prove beyond a reasonable doubt." She said all the facts must be considered and there's information that hasn't been made public.

"In these type of cases unless you've had a body cam on both of these individuals from start to finish recording not only the video but the audio, none of these cases will ever be cut and dried," former prosecutor Vinoo Varghese said.

In court, the judge said there is a lot of information the public doesn't know about in this case. We have reached out to the judge to find out more but he has not responded to our calls and emails.

In Texas the charge of unlawful restraint is a third-degree felony, meaning Anderson faced a possible sentence of two to 10 years if convicted of that charge.