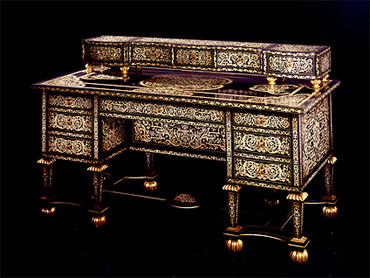 The 22 pieces of custom-made furniture Michael Jackson commissioned for his London home are going on the auction block.

Darren Julien of Julien's Auctions says a gilded red velvet sofa that seats nine, a leopard-print chair trimmed with ostrich feathers and a pair of velvet armchairs embroidered with gold eagles are among the offerings.

Jackson intended to use the furnishings during his "This Is It" comeback concert run in London.

Fans can visit a re-creation of the home at Las Vegas' Planet Hollywood casino from June 14 to June 25 before the items are sold at auction.

A portion of the proceeds will benefit two charities: MusiCares, which provides health care and other services for struggling musicians, and Joshua's Heart, which aims to end world hunger.