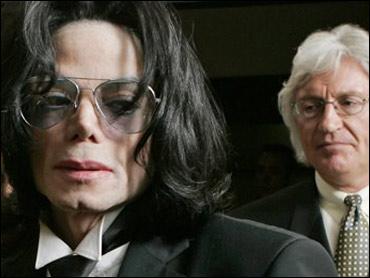 Santa Maria County taxpayers are on the hook for $2.7 million for the unsuccessful prosecution of Michael Jackson on child molestation charges, and the bill is climbing.

Most of the money went to sheriff's deputies who were posted at the Santa Maria courthouse from January 2004, when pretrial hearings began, through mid-June, when the 14-week trial ended. Crowd control also consumed a substantial amount of the money.

Not included in the costs are prosecution, investigative and grand jury expenses, Jette Christiansson, business manager for the County Executive Office, said in a statement.

On Thursday, Superior Court Judge Rodney Melville ordered that the District Attorney's Office and Sheriff's Department to return videotapes, audiotapes, books, magazines, documents and other items that were seized from Jackson's Neverland Ranch and other sites.