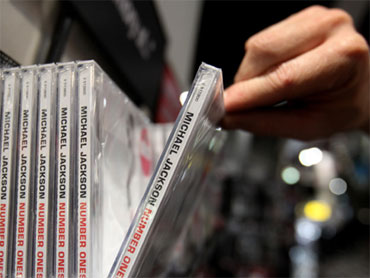 Fans of Michael Jackson have bought 2.3 million CDs since he died three weeks ago.

Grieving fans and those just wanting to hear his music again have snapped up his albums, including "Thriller" and "Number Ones" - his greatest-hits collection.

Last week, 1.1 million copies of his albums were sold, according to sales figures from Nielsen SoundScan.

That represents a 37 percent jump from the week before.

Jackson's "Number Ones" remains the top-selling CD in the United States for the third straight week, with 349,000 copies sold.