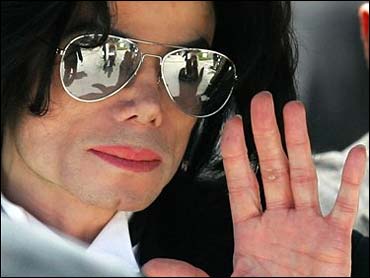 Neither Michael Jackson nor his attorney showed up Wednesday for a hearing in a civil case that accuses the pop star of sexual assaulting an 18-year-old during the 1984 World's Fair.

U.S. District Judge Eldon Fallon scheduled an Aug. 17 hearing in which Jackson must show why he should not be held in civil contempt or have a default judgment entered against him.

Wednesday's hearing was supposed to be procedural for Jackson to show he had legal representation.

Jackson family spokesman Brian Oxman couldn't explain why Jackson wasn't represented at the hearing but said it would be taken care of.

"I will take care of this matter and make sure it is handled in an appropriate way - the order from the court today and the lawsuit," Oxman said.

He said the allegations against Jackson are false and said the lawsuit is another trying to take advantage of the singer's wealth and celebrity.

Joseph T. Bartucci Jr. claims in the lawsuit that he was lured into Jackson's limousine, then held against his will and sexually assaulted during a drive to California and back.

Bartucci was 18 at the time and claims he repressed the memories until 2003, when he saw media coverage of a child molestation trial at which Jackson was acquitted. The suit asks for an unspecified amount of money to compensate for alleged emotional and physical damage.

Jackson hired a team of local attorneys after Bartucci filed suit in November, but they withdrew from the case in April and have sued Jackson for $50,000 in legal fees.

And, Jackson will not be coming to Berlin to attend a party for his father's 76th birthday, according to a statement posted on the pop singer's Web site.

Speculation had been swirling on whether Jackson, recently acquitted on child-molestation charges, would attend Joe Jackson's birthday celebration this weekend at the Estrel hotel.

The statement said Jackson extended his "sincere regrets that he will be unable to attend the Victory/Birthday Party, hosted by his father, Mr. Joseph Jackson."

"However, Michael would like to wish his father a very heartfelt `Happy Birthday' and he hopes that everyone attending the event has a truly wonderful time," the statement said.

The Jacksons are to be received by Mayor Klaus Wowereit Friday at city hall, where they will sign Berlin's guest book. There will be a private party for 300 on Saturday and then on Sunday Jackson will take friends and family on a yacht ride around Berlin before a private dinner that night.

Ralf Sesselberg, who is organizing the Jackson birthday bash, told reporters Thursday that LaToya and Janet Jackson had canceled their weekend trip to Berlin. He did not give a reason for their absence.

Jermaine and Tito Jackson have already checked in, Sesselberg said. Family and friends are staying at the Estrel hotel.