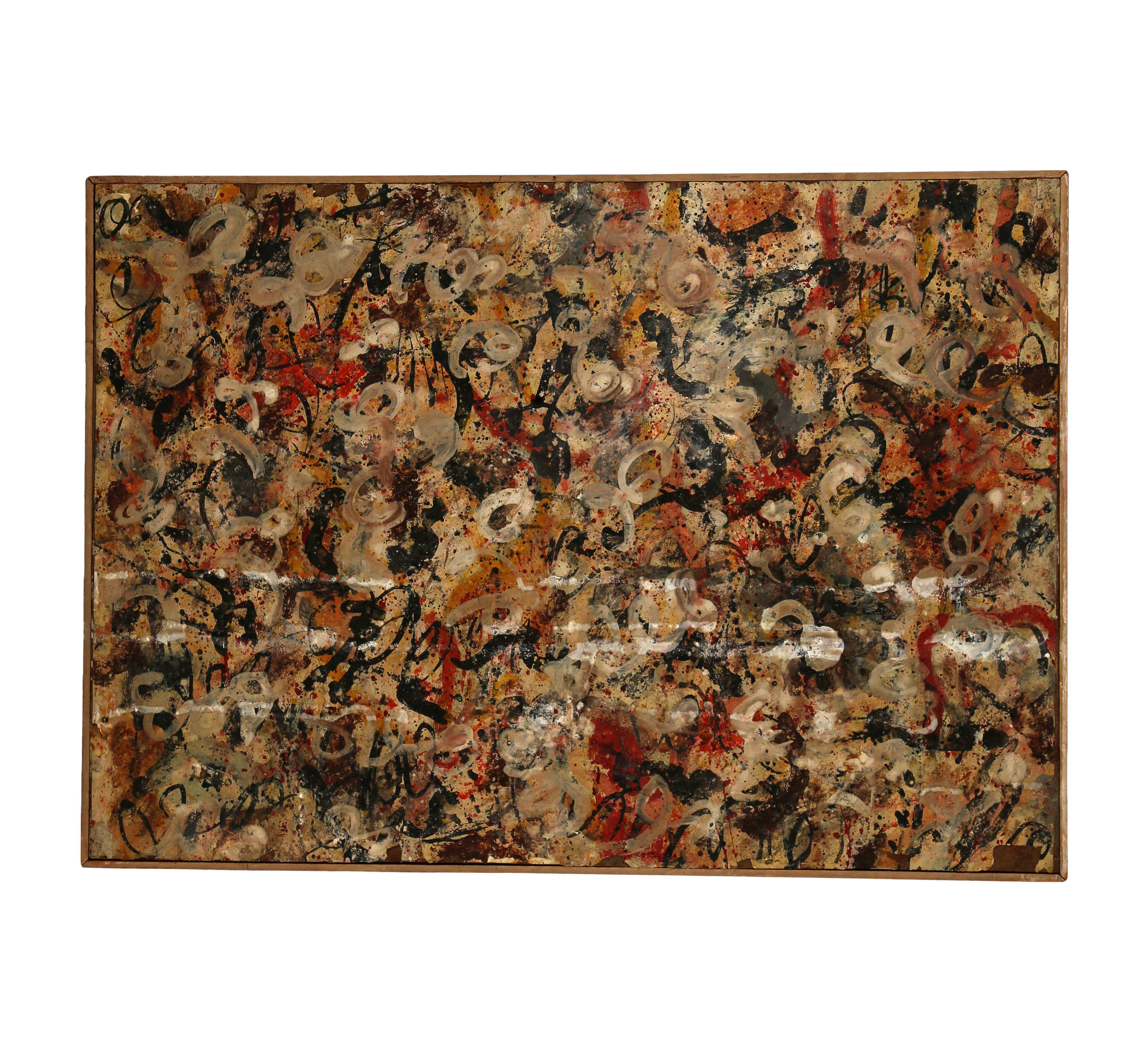 A painting found in an Arizona garage may turn its owner into a multi-millionaire.

The piece of art is believed to be the work of Jackson Pollock, who helped revolutionize the world of modern art in the 20th century.

Pollock was known for his abstract, splatter paintings.

He became a sensation on the New York art scene in the 1940s. So it's a surprise that now, more than 60 years after his death, a formerly unknown piece of work may have popped up in Arizona, reports CBS News' Vladimir Duthiers.

"We asked ourselves immediately what everyone else would, 'why is this in Arizona?'" said Josh Levine, CEO of J. Levine Auction and Appraisal.

When Levine's auction firm was called to this retirement community in Arizona in 2015, they thought they were going to examine memorabilia signed by Lakers star Kobe Bryant. Instead they stumbled on what appeared to be hidden treasure.

"It was all packed up just all in piles. You could see library boxes of personal effects, tax returns, letters, correspondence and then these stacks of art," Levine said.

Inside the garage - Levine says he found famous works of art, and what he believes is the work of abstract impressionist Jackson Pollock.

"This will be the biggest thing I've ever represented in my life," Levine said.

The art had been sitting in the Arizona garage since 1992, when the owner - who wishes to remain unnamed - inherited it from his sister.

"Jenifer Gordon was a socialite in the New York scene art world, at the right place at the right time. All the artists were hanging out at her apartment including Jackson Pollock," Levine said.

Finding the painting was the easy part. Levine reportedly spent more than $50,000 on forensic reports to date the pigment and on a private investigator who confirmed Gordon hung out with New York's famous art lovers, the Guggenheims.

"I really looked at it all over and under magnification," said appraiser Sean Morton who was asked to assess the painting.

"When I first saw the painting, I was a little skeptical until I learned of the owner, Jenifer, and her relationship with Jackson Pollock," Morton said.

Numerous lawsuits have erupted through the years over the authenticity of Pollock's paintings.

But Levine is convinced his discovery is genuine.

"I'm putting my entire reputation and business on the line saying this. There are people that will go 'you are nuts' but I'm sorry, we have everything we know. The only thing I don't have is a photograph of Jenifer standing next to Jackson going hey look here's our painting," Levine said.

The painting is set to go up for auction later this month.

When the owner's family was told they just might have a Jackson Pollock expected to fetch as much as $15 million, some responded, "Jackson who?"