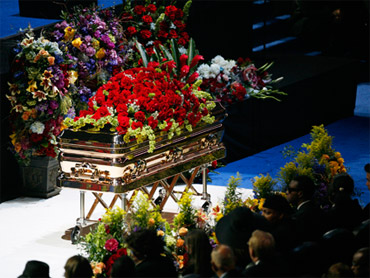 A Los Angeles City Council panel will discuss getting the owner of the Staples Center arena to repay at least some of the $3 million taxpayers spent on the Michael Jackson memorial.

The council's Public Safety Committee postponed the discussion last week after Councilwoman Jan Perry said she was in discussions with entertainment giant AEG. The panel will discuss the matter Monday.

A recent city report concluded that the summer memorial at Staples cost the city $3.2 million for police overtime and other costs, but estimated the event gave the local economy a $4 million boost.

City Attorney Carmen Trutanich wants AEG to reimburse the city even though the report said there was no law in place at the time to force such a payback.