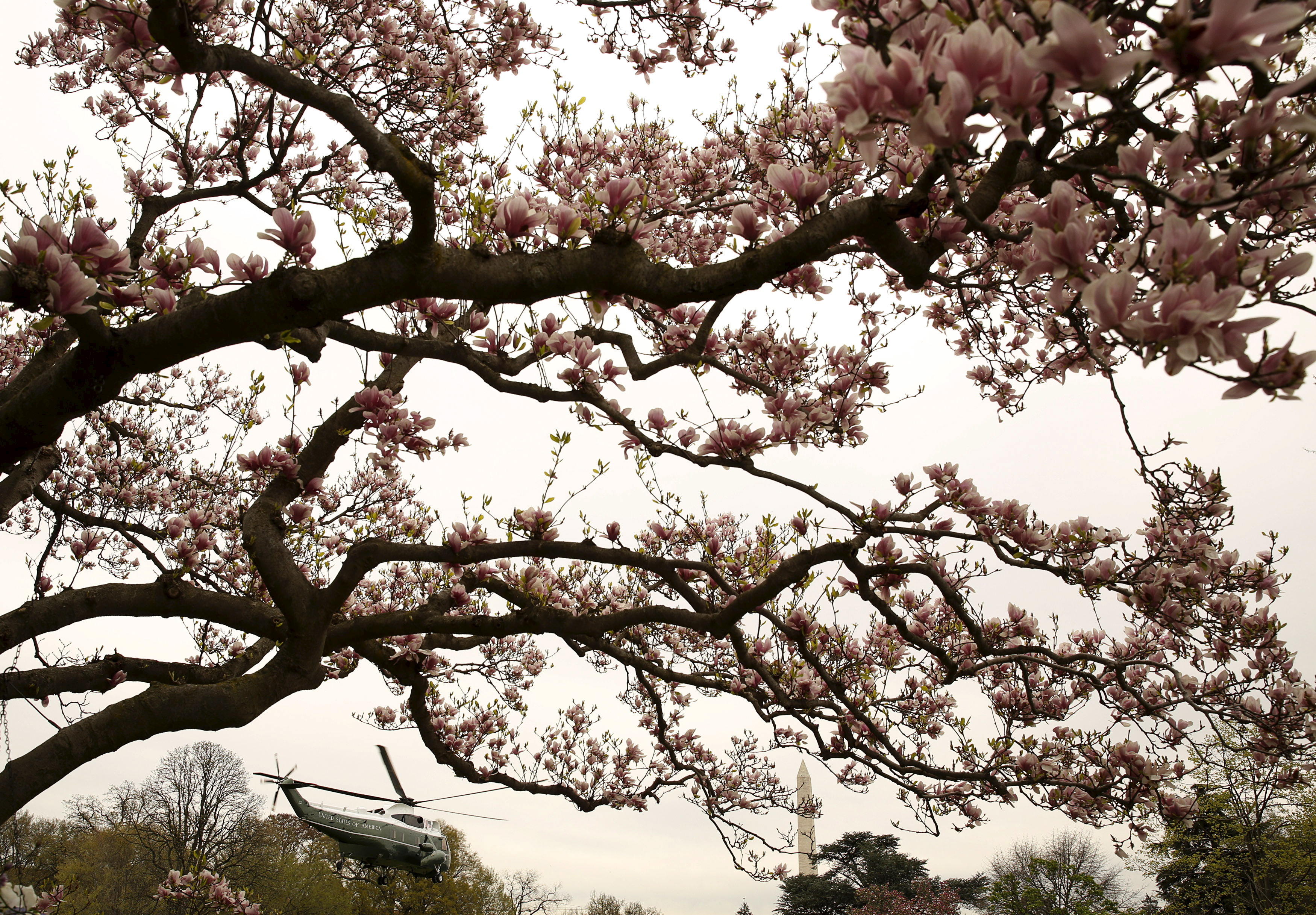 A "large portion" of the Jackson Magnolia, a tree that has been a South Lawn fixture since the 1800s, is being removed, the White House says. It had become a safety hazard after decades of decay, according to the White House.

A substantial portion of the Jackson Magnolia will be removed Wednesday morning, including one tree limb which will be conducted by the National Park Service, CBS News has confirmed.

"Mrs. Trump personally reviewed the reports from the United States National Arboretum and spoke at length with her staff about exploring every option before making the decision to remove a portion of the Magnolia tree. After reviewing the reports, she trusted that every effort had been made to preserve the historic tree, and was concerned about the safety of visitors and members of the press who are often standing right in front of the tree during Marine One lifts. She has requested that the wood from the tree be preserved and seedlings be readily available if there is an opportunity to plant a new Magnolia Tree in the same area."

NPS assessed that the tree was decaying and a potential safety hazard. Because NPS did not have an arborist available, it sought an opinion from an arborist at the National Arboretum. After some consultation among the relevant parties, a decision was made to remove "a portion of the Magnolia tree," as the First Lady's office said.

Director of the National Arboretum, Dr. Richard Olsen told CBS News that the historic tree had suffered a rot wound  or hollowing overtime, leading to the tree being unable to heal quick enough.

In the 1980's in an attempt to stabilize it, they tried to plug the exposed wood with cement, a practice no longer used.

"It was so weak you could punch a hole through it. There's nothing you can do about it," Olsen said.

Hollow trees are not atypical and can live long lives, Olsen said. When this happens in the forest, the tree may shed limbs or split apart. That's not a risk anyone at the White House was willing to take.

Had this been anywhere but the South Lawn, the tree would have been removed long ago, Olsen said. They went through the extra effort because of its historic significance.

The magnolia's storied past dates back to 1828 when it was originally transplanted from a magnolia sprout by President Andrew Jackson from his home in Nashville, Tennessee in memory of his wife Rachel who died just two weeks after he won the election.

The tree is one of three and the oldest on the White House Grounds.

The small sprout grew into the massive tree as it stands today where the White House Historical Association says became a favorite place for Presidents Harry Truman and Franklin D. Roosevelt, first lady Jackie Kennedy and other White House visitors and residents.

The tree, while heavily decayed, still blooms magnolia flowers in the spring and summer months and can be seen on the back of a twenty dollar bill.