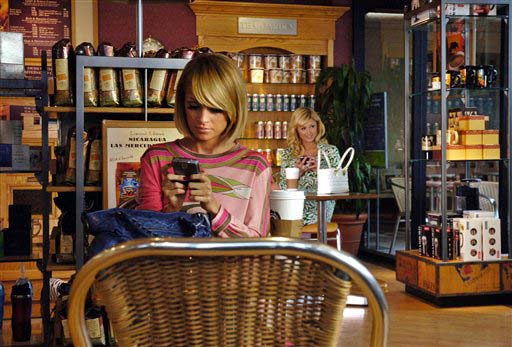 The players in the drab gym worked on pivoting, setting picks and making layups all without a basketball. This was no junior high skills camp. It was Phil Jackson's first practice as coach of the Los Angeles Lakers.

Kobe Bryant described the experience as weird. Rick Fox likened it to being overanxious on the first day of school. But Shaquille O'Neal best summed up Tuesday's workout.

"It's like being at a boot camp with this general guy that you always see on TV beating people up," he said. "You know if you don't want to get in trouble, just keep your mouth quiet."

As training camps opened around the NBA on Tuesday, nobody was more eager than the Lakers to find out what the future holds. Jackson was hired in June to do what he did six times in eight years of coaching the Chicago Bulls win an NBA championship.

The 21-year-old Bryant was especially enthusiastic about Jackson's style, even if he was still a bit confused.

"A couple times I ran into my guy, a couple times Shaq ran into his guy, then after a while things started clicking," he said. "It's really fun because you're doing things that you really haven't done ever, especially in an NBA setting."

Nobody complained about two hours of running, practicing moves without the ball and having partners for drills. And they would be back for another two hours in the evening.

"It looks pretty good so far," O'Neal said. "Everybody was focused, everybody is willing to learn."

And that's what Jackson wants a team of open minds willing to relearn fundamentals they were either taught as youngsters or never thoroughly mastered playing in the NBA.

"You got to commit to it or submit to the fact that you're going to learn and you have to be flexible, be able to make mistakes and not feel embarrassed, not feel irritated, be patient," Jackson told a horde of reporters and TV cameras on the campus of UC Santa Barbara.

The Lakers won't begin playing seriously until later in the week. For now, Jackson wants them to grasp basic concepts like getting the ball up and down the floor and organizing in specific spots on the court.

"They're kind of like going around with blindfolds on, they're trying to figure out where to go and how to please the coaches," he said.

Just when the gym was at its most quiet, the Lakers glimpsed a bit of Jackson's personality.

"He's a funny guy," Bryant said. "He'll be serious, then all of a sudden he'll just say something weird. He'll just lighten it up fr a split second, then get things going again."

O'Neal admitted he and some others had trouble with a few of the drills.

"He reminds me of my father and (LSU coach) Dale Brown, where they teach you and they only say it once," he said of Jackson. "They say it crisp and they expect you to do it."

And as Bryant found out, Jackson is quick to set players straight.

"If you mess it up, he'll definitely tell you. If you're doing a good job, he'll pat you on the butt," he said.

So what did Jackson think of his new charges after one practice?

"There's about nine out of 10 ballplayers on this team that still have a long ways to go of being a complete player," he said.

Jackson said a complete player doesn't "just let their size or their athleticism be the motivating factor to their dominance on the floor, but that they use the subtleties of basketball to help not only themselves but their teammates."

O'Neal, the 7-foot center who lacks a championship after seven years in the NBA, doesn't think he'll have any problems living up to Jackson's ideas about sharing the ball.

"Teamwork is the key," he said. "If there was a way for one person to do it by himself, I would have five rings already."