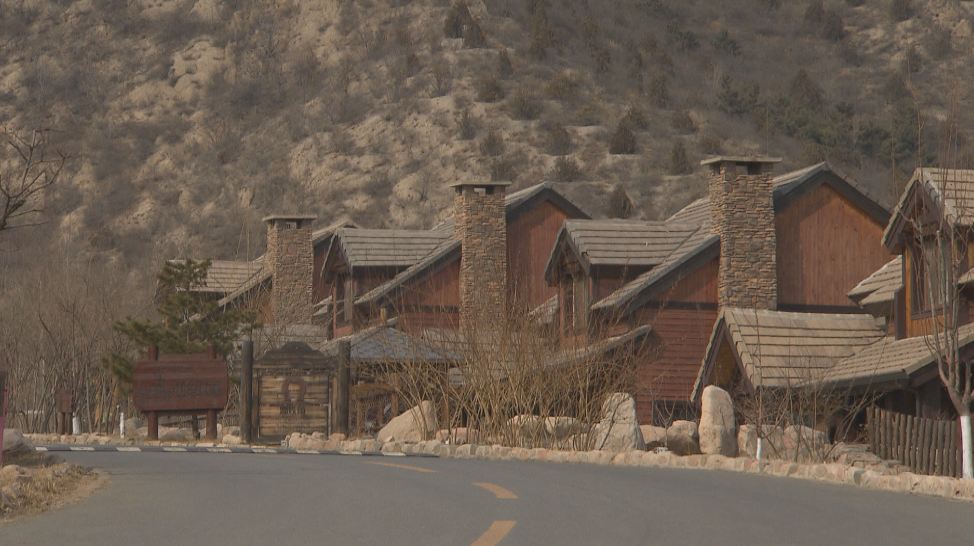 Tucked in the Rocky Mountains of the western United States is the valley of Jackson Hole, Wyoming. It's not far from the famed geysers of Yellowstone or the stunning topography of Grand Teton, but Jackson Hole may not be a one-of-a-kind city, reports CBS News correspondent Seth Doane.

Just beyond the Great Wall of China, about an hour from Beijing, stands a western motif on the walls leading to a gated community and a cowboy-hat-wearing Chinese security guard. Welcome to Jackson Hole, China.

Cui Zhongtao bought his slice of America-in-China seven years ago for about $145,000.

A Chinese developer worked with an American designer to create the community of vacation homes for middle-class Chinese. It opened in 2006 and is supposed to be reminiscent of the Wild West.

Cui's home is complete with Americana touches like a hanging Native American ornament. He noted the community of 1,200 western-style homes is at the same latitude as Yellowstone. Cowboy statues and windmills set the tone.

The weekend home for Cui and his family is a place where his 7-year-old can run and play.

"Reality keeps me from living in America because my family and my work are here in Beijing," Cui said "But when I saw the lifestyle there, I wished one day I could live the same way."

He even made a video with some neighbors. Their love for community plays out over eight minutes set to music they wrote. Lyrics include "Heading to Jackson Hole" and "Enjoy the fresh air, leave all the troubles behind back in town."

The day CBS News' was there, however, it wasn't a western mist shrouding the mountains, but rather a Beijing smog.

"The pollution is one-third of what is in the city, so we come here to get some fresh air," Cui said.

Most homes are still closed-up for the winter. But 95 percent have been sold, according to the developer, and property values have more than doubled.

"I'm not chasing the American lifestyle on purpose," Cui said. "But such lifestyle appeals to all who love nature and have a positive attitude. Such pursuit is universal."

That rugged, western, individualism is desired even in Communist China.

And lest you think that Jackson Hole is an anomaly in China, the country is home to all sorts of buildings with western-sounding names, including Fifth Avenue and Palm Springs.