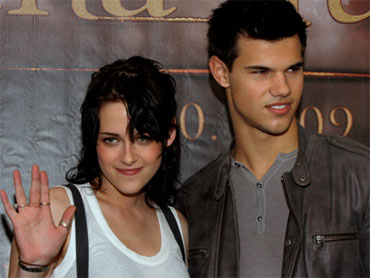 Hugh Jackman, Taylor Lautner, Mariah Carey and Sandra Bullock are among the stars expected at next week's People's Choice Awards.

Steve Carell, Carrie Underwood, Ellen DeGeneres and LL Cool J are also set to attend the celebrity-filled ceremony on Jan. 6 at the Nokia Theatre in Los Angeles. The show will be broadcast live on CBS.

Executive producer Mark Burnett says the stars "are coming out in droves to thank the fans for their love and support."

Queen Latifah will host the show in which fans vote for their favorite actors, musicians, movies and TV programs.