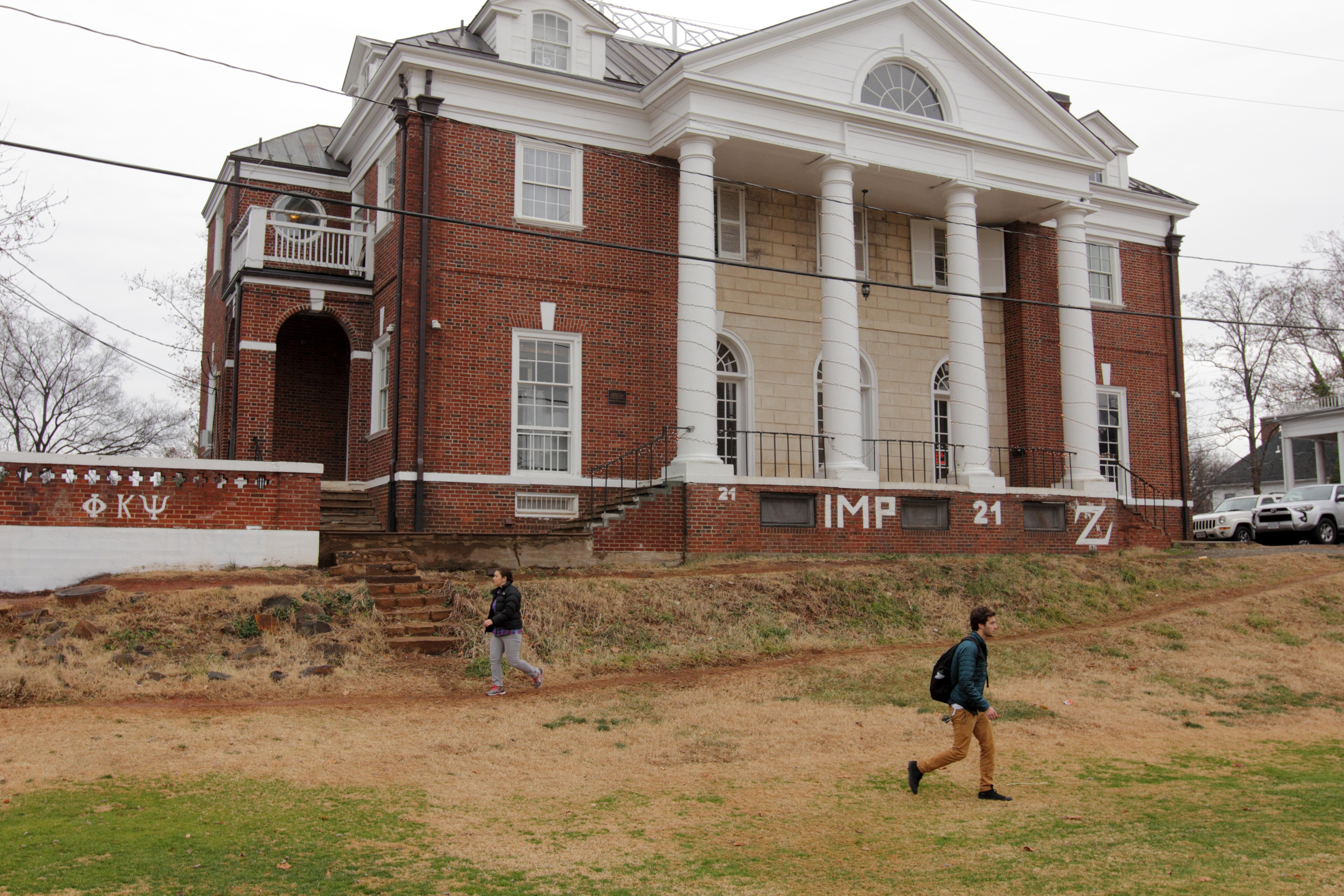 CHARLOTTESVILLE, Va. - The woman whose harrowing account of being raped at the University of Virginia was the centerpiece of a now-discredited Rolling Stone magazine article said that she felt pressured to participate in the story and became scared in the weeks leading up its publication when she realized it may be too late to back out.

A video deposition of the woman identified in the article only as “Jackie” was played for jurors Monday in the defamation trial against Rolling Stone magazine for the 2014 story “A Rape on Campus” by Sabrina Rubin Erdely. UVa administrator Nicole Eramo is seeking $7.5 million from the magazine, claiming it cast her as the story’s “chief villain.” A police investigation later found no evidence to back up Jackie’s claims.

Jackie said in the video that when she initially agreed to talk to Erdely, she was under the impression that the article was going to be about sexual assault advocacy, not her rape. Jackie said she didn’t even realize that her comments during her first conversation with Erdely would be published.

“I was 20 years old and had no idea there was an off-the-record or an on-the-record,” Jackie said. “I was naive.”

Jackie said she remembered “feeling upset” when she found out her story was going to be the central focus and was concerned that Rolling Stone was going to paint Eramo in a negative light. A few weeks before publication, a friend of Jackie’s expressed Jackie’s concerns to Erdely in a text message, but Erdely responded “there’s no pulling the plug at this point - the article is moving forward.”

“I remember feeling scared and overwhelmed and unsure of what to do,” Jackie said. She added: “I felt like I was getting a lot of pressure from a lot of people to do things I didn’t want do.”

In the deposition, which was taken in April, Jackie sounded timid and quiet. An attorney for Rolling Stone noted earlier in the trial that she sounds like a “shell of a person” compared to the bubbly and outgoing person who can be heard in her interviews with Erdely.

Several times in the deposition Jackie took long pauses or struggled to answer the questions, saying she couldn’t remember what she was feeling at the time. The monitors in the courtroom were turned around so that only the jury and the attorneys could see the screen.

Erdely has testified that she would have allowed Jackie to back out of the article if that’s what she wanted and was prepared to use another woman as the central story in the piece if necessary. Erdely said Monday that when she texted Jackie’s friend to say there “no pulling the plug,” she meant the article about the university was moving forward, not that Jackie couldn’t back out if she wanted to.

The trial, which began last Monday, is expected to last until about 12 days. Eramo was initially asking for $7.85 million, but recently withdrew her request for $350,000 in punitive damages. Her attorneys have to prove that Erdely and Rolling Stone acted with “actual malice,” meaning that they knew what they were writing about Eramo was false or should have known it wasn’t true.