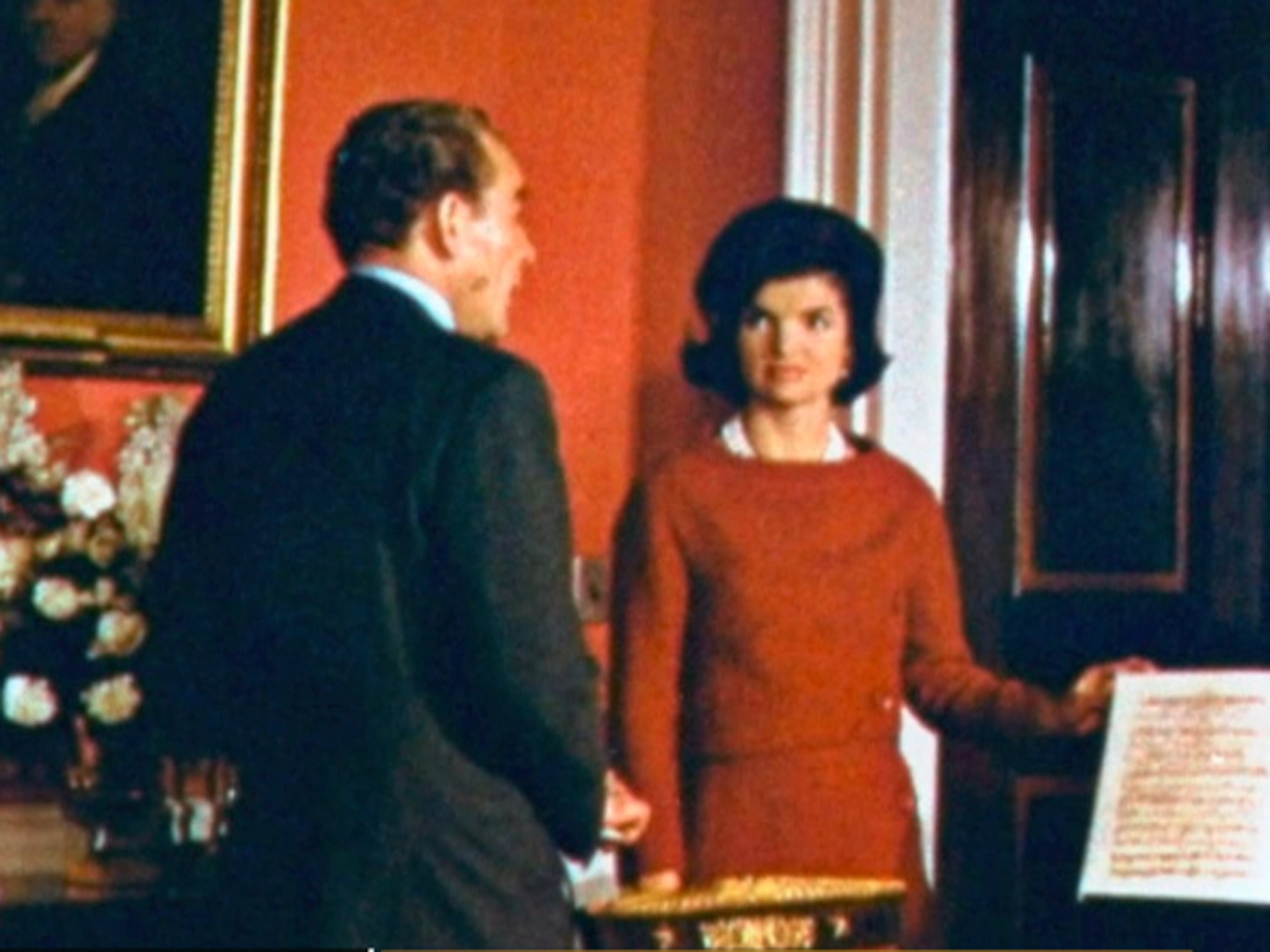 New and surprising details of Jackie Kennedy Onassis' White House years have been released by the John F. Kennedy Presidential Library. The library has released some of her personal papers, including her notes for a famous TV tour of the White House that aired 50 years ago.

The newly released papers include Jackie Kennedy's own personal hand writings that show how the first lady was intimately involved in the elaborate restoration process, from sketches of the draperies to scripting the entire television tour.

Viewed by 80 milllion people at the height of television's golden age, Mrs. Kennedy is seen at ease while showcasing a $2 million renovation that she launched to restore the home with an eye to returning it to its historic roots.

The scripted broadcast helped drive the perception that the Kennedy White House was different from its predecessors -- one of grace and elegance -- and it was the public's most extended view of their new first lady.

Presidential historian Barbara Perry said, "(The TV broadcast) introduced Jacqueline Kennedy to the American people in a way they hadn't seen her. She wanted to show people the entire process that she had worked through in the entire year that she had been first lady."

Now, 50 years after that historic broadcast, some of Mrs. Kennedy's personal papers are being made public. Among them, her own changes to the original script that indicate that the notion of "Camelot'' was hers from the very start

"Camelot was not simply a myth, but rather it was an image that the Kennedys began before the president death, and before Mrs. Kennedy ever applied that label," Perry said.

Known for her meticulous attention to detail, Mrs. Kennedy made sure individual donors were publicly acknowledged in the broadcast's script. She also made sure to recognize the contributions of past administrations.

The White House tour marked a turning point in television history. It was seen as the first prime-time documentary explicitly marketed toward a female audience -- and helped make Mrs. Kennedy an instant celebrity both in the U.S. and around the world.

The papers even contain a proposed hairstyle for Mrs. Kennedy to unveil on a famous 1961 trip to Paris.

All of the details prove that half a century later, fascination with that glamorous first family continues to live on.

Presidential historian and CBS News consultant Douglas Brinkley said the broadcast made her America's sweetheart that Valentine's Day -- a place that she has held for 50 years.

"People love to listen to her, listen to her diction, watch her poise, try to understand what's going through her mind," Brinkley said. "That Charles Collingwood White House tour was just very important in TV history, not just because we're tracking a female audience and because it was 80 million viewers, but it was syndicated all over the world. People saw it in Russia, China. And it made the White House, particularly the Kennedy White House very in and very chic. We've never had the word 'chic' applied to the White House until this interesting tour."

For more on the newly released papers, watch Norah O'Donnell's full report in the video player above. Also, check out more discussion on the public's fascination with the Kennedy first family with presidential historian and CBS News consultant Douglas Brinkley in the video below.