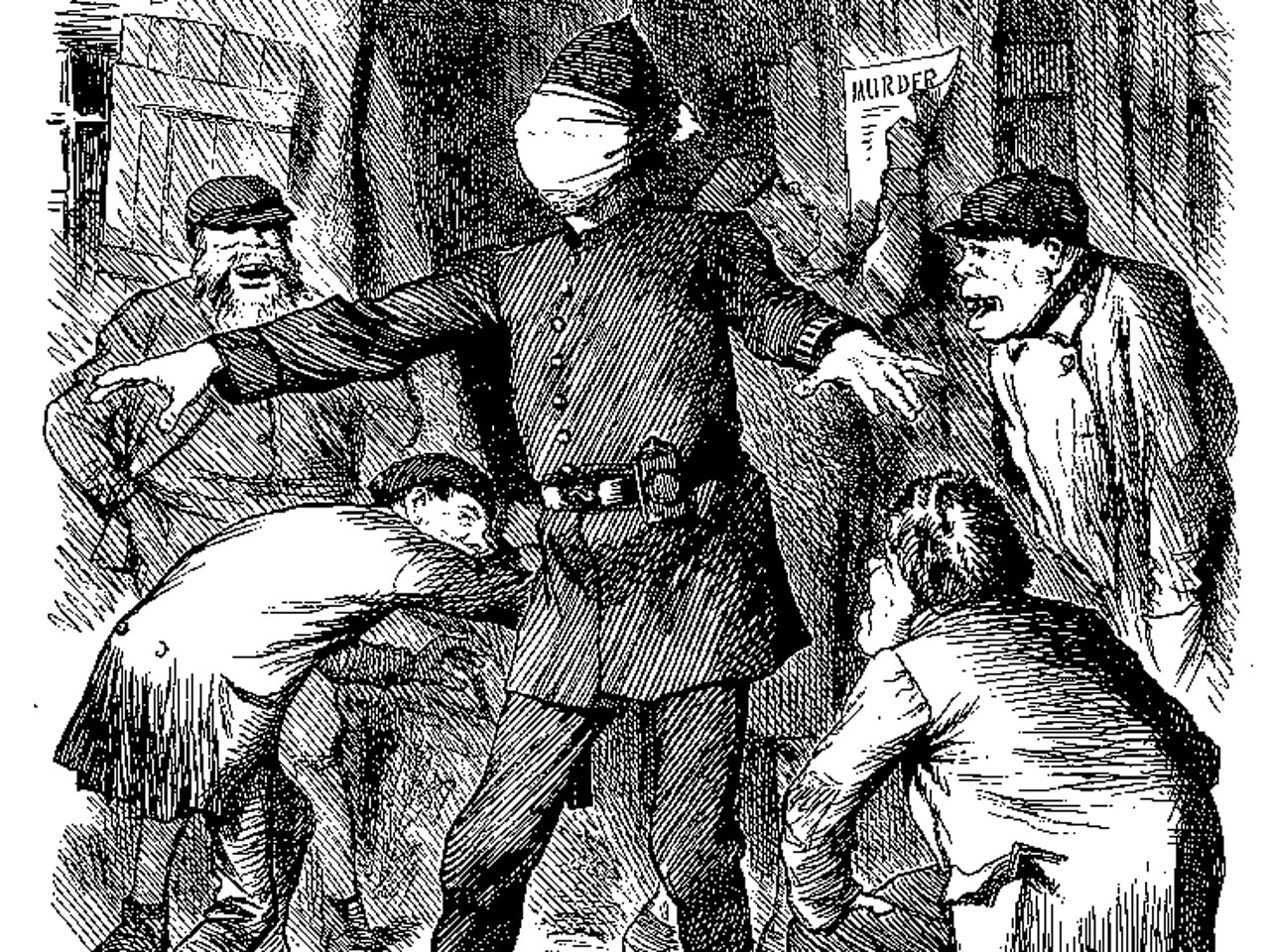 (CBS) - It's been 125 years since the pseudonymous, unidentified serial murderer Jack the Ripper allegedly killed at least five prostitutes in London, but the mystery surrounding the case still lingers.

Although no one was ever charged in the murders that plagued London's East End in 1888, former Supervisory Special Agent John Douglas of the FBI developed a detailed criminal profile in 1988 that described Jack the Ripper as a "loner" who fantasized about "domination, cruelty and mutilation of women."

PICTURES: Jack the Ripper: Newspapers and posters from 1888

Five murders between Aug. 31, 1888 and Nov. 9, 1888 have historically been blamed on a single killer referred to as Jack the Ripper. Mary Ann Nichols, Annie Chapman, Elizabeth Stride, Catherine Eddowes and Mary Jane Kelly were all found stabbed to death and disemboweled within one-fourth of a mile from each other in Whitechapel, London. This Saturday will mark 125 years since the body of Nichols, Jack the Ripper's fist victim, was discovered.

There have been countless books, movies and documentaries done on the murders, and while Jack the Ripper has become a notorious figure in crime, what the public knows for certain about the killer is lacking. Using only basic background information on the case, Douglas, a renowned criminal profiler, was able to develop a seven-page profile, a century after the murders took place, detailing physical and psychological characteristics he believed would have applied to Jack the Ripper.

Douglas believed an unmarried white male between the ages of 28 and 36 who didn't look "out of the ordinary" was behind the murders.

The killer was "raised by a domineering mother and weak, passive and/or absent father," Douglas wrote. He believes it's likely his mother "drank heavily and enjoyed the company of many men," and as a result, he lacked a childhood filled with "consistent care and contact with stable adult role models."

According to Douglas, this upbringing spawned a reluctance to develop a social and emotional bond with others. In turn, the man known as Jack the Ripper may have internalized his anger and expressed that emotion by "setting fires and torturing small animals," Douglas hypothesized of the killer's childhood. "...As he grew older, his fantasy developed a strong component that included domination, cruelty, and mutilation of women."

In order to act out his destructive fantasies, Douglas believed the Ripper may have worked as a butcher, mortician's helper, medical examiner's assistant, or a hospital attendant.

In each of the five homicides officially attributed to Jack the Ripper, the victim was a prostitute with a reputation for drinking heavily, according to Douglas. Some believe Jack the Ripper may have been responsible for more killings, and Douglas agrees.

The man responsible for the murders lived or worked in the Whitechapel area, where the murders took place, Douglas wrote, and was most likely interviewed by police on several occasions throughout the investigation. The London Hospital is notably only one block from where the first woman was found dead on Aug. 31, 1888. It has been reported that some believed Jack the Ripper was a doctor and therefore had anatomical knowledge and was skilled with a knife.

Since Douglas believes Jack the Ripper was a loner and not socially adept, he thinks it's likely most of his heterosexual relationships were with prostitutes.

"Due to the lack of hygiene practices by prostitutes at that time and the absence of treatment for venereal disease, he may have been infected. If infected, this would further fuel his hatred and disgust for women," Douglas wrote.

He believes Jack the Ripper intentionally murdered prostitutes with the belief that the killings were justified. "...He was only removing perishable items--who were like garbage," Douglas wrote.

The Ripper was plagued by a "paranoid-type of thinking" which is justified by "the poor self-image" he had of himself, Douglas believes.

It is possible the killer had "some type of physical abnormality," Douglas wrote. This abnormality would have been perceived "as being psychologically crippling." Douglas would expect Jack the Ripper to be below or above average in height and/or weight with a speech problem, scarred complexion, physical illness, or injury.

Douglas referred to the homicides as "lust murders," which means the killer attacked the genital areas of his victims. In Douglas' opinion, this was a way to act out his fantasy of domination, cruelty and mutilation of women.

The murders would have only stopped if the suspect came close to being identified or was arrested for another offense, Douglas established.

Authorities would be best suited to interview Jack the Ripper in the early morning hours, when he was most relaxed, and he would be most likely to confess after being confronted with concrete evidence, such as DNA, Douglas wrote.

While Douglas' analysis of the infamous serial killer paints a remarkably detailed, vivid picture of Jack the Ripper and even offers insight into his possible motives, the report doesn't name a suspect.

Due to the length of time since the murders and the fact that forensic technology and other investigative techniques were non-existent back then, it seems there is a lack of thorough evidence to pinpoint the crimes on a specific individual with certainty. Although hundreds of suspects have been named, authorities have never agreed on who is behind the slayings.

So after 125 years, an analysis by a renowned FBI profiler, countless theories on the infamous subject and no concrete answers, is it suffice to say, case closed?