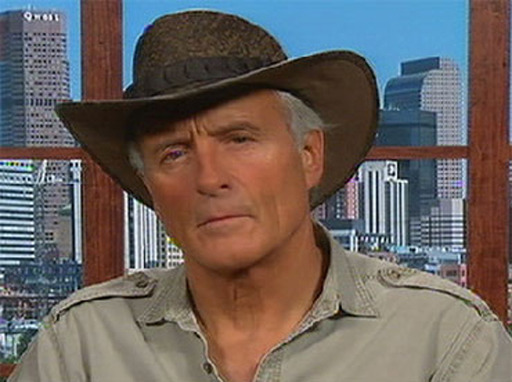 (CBS/AP) Jack Hanna isn't making idle claims when he tells hikers to carry pepper spray with them to ward off a grizzly bear attack.

The TV host and zookeeper says he took his own advice and used pepper spray on grizzlies headed toward him and his family last weekend.

The Columbus Zoo keeper and frequent David Letterman guest says he was with his wife and other hikers in Montana's Glacier National Park on Saturday when they saw the mother bear and two large cubs coming toward them. Hanna and the others moved slowly back up the trail to a clearing and stood still while the mother and one cub passed by.

Hanna says the other cub, weighing about 125 pounds, charged toward the hikers. Hanna said he sprayed the bear in the face, and it fled.

The 63-year-old Hanna has appeared on a host of TV shows, including "Good Morning America" and Larry King Live." He hosted his own syndicated show "Jack Hanna's Animal Adventures."