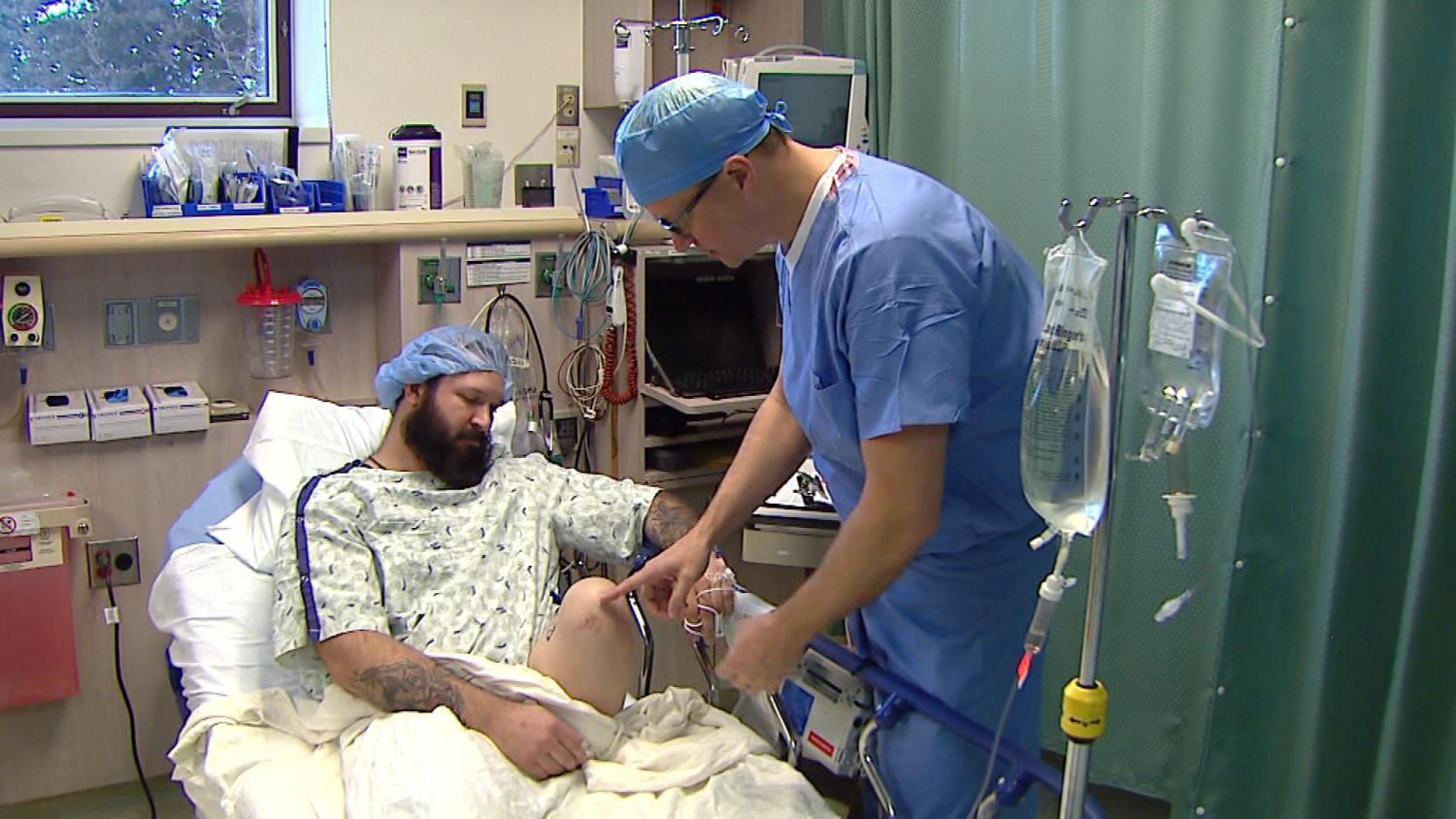 DENVER -- A wounded veteran and a man who lost both legs in a truck crash are in a Denver hospital recovering from groundbreaking surgery, CBS Denver reports. The two were the first patients ever to get an artificial leg with a porous metal collar permanently implanted.

The implant was designed by orthopedic surgeon Dr. Ronald Hugate. If all goes well, the men will eventually be able to attach artificial legs directly to the metal implants.

Before his surgery, Jace Badia snapped a selfie at Presbyterian/St. Luke’s Medical Center in Denver. He told CBS Denver he was looking good and ready to go.

The Army veteran has had 84 surgeries. With this, his 85th, he will make history.

“I just want to be able to play with my kids,” Badia said.

While serving in Iraq, Badia lost a leg in a roadside explosion. After decades of using a painful prosthetic socket, he is now getting a permanent leg implant.

“I’ve got a lot of faith in this team,” Badia said.

The leader of that team is Hugate, with retired veterinarian Dr. Robert Taylor watching from the operating room. In 2005, the two implanted artificial legs in a Siberian Husky named Triumph, although the legs were later removed due to infection. Now, Badia is the first person to undergo the procedure.

In surgery, a metal rod was inserted into Badia’s femur bone. But it is a porous metal collar that Hugate believes will succeed where other implants have failed. Skin and soft tissue will actually grow into it, creating a barrier against infection. The rod can then be connected to a prosthetic leg.

“It really went off without a hitch,” Hugate said after Badia’s operation.

Gary Molock, a double amputee who lost his legs in a truck crash, also underwent the surgery to have the collar implanted in his right leg.

Before leaving for the operating room, his family circled him in prayer. Molock was both nervous and excited.

“I didn’t want to be the guinea pig, but I can’t continue to sit in my wheelchair all day, every day,” Molock said.

Molock and Badia must wait six weeks before putting weight on their implanted legs. The two are trailblazers, each taking a brave step. They are leading the way for wounded veterans and amputees around the world