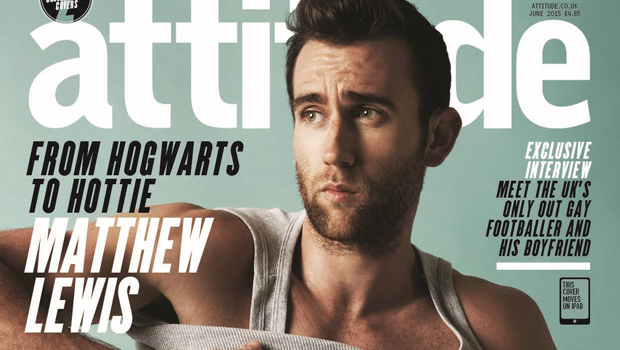 Well, he's not so little anymore. Or awkward looking.

Matthew Lewis, who played the timid-but-heroic Gryffindor in all eight "Potter" films, is now 25 and showing off a pretty buff bod in the latest issue of Attitude magazine.

His shirtless cover photo and spread inside the magazine caught the attention of many "HP" fans, and while many were likely happy to stare at the steamy photos at least one person was a bit scandalized.

"Potter" author J.K. Rowling tweeted an admonishment to Lewis, asking for a heads up before he decides to make everyone swoon.

Rowling replied, "I will always support you whatever you want to do, Matthew. Now go put some clothes on."