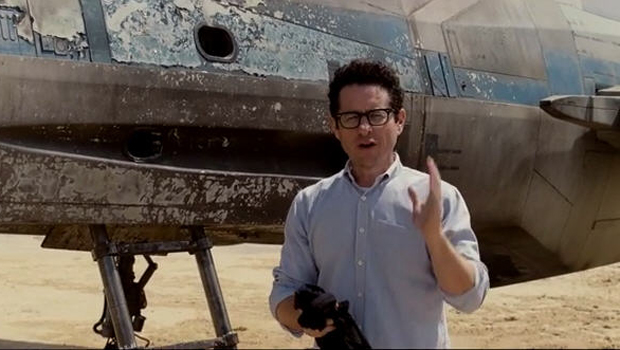 J.J. Abrams has shared a new video from the set of "Star Wars: Episode VII" that includes a look at one of the stars of the new film -- one of the spacecraft variety, that is.

In the video, which promotes the "Star Wars: Force for Change" fundraiser, shows Abrams standing next to an X-Wing Starfighter.

The official "Star Wars" Twitter account soon confirmed that it's indeed an X-Wing seen in the video:

The "Force for Change" charity effort is raising funds for UNICEF Innovation Labs, and those who donate at least $10 will have the chance to win a visit to the "Episode VII" set and appear in a scene from the film. As the fundraiser enters its final week, Abrams is also offering fans a chance to see the movie early -- those who contribute will be entered to win an advance screening for the lucky winner and 20 friends.

Other rewards for those who donate include limited-edition T-shirts, posters and "Episode VII" concept art and film stills. Fans who wish to contribute can do so here through Friday.