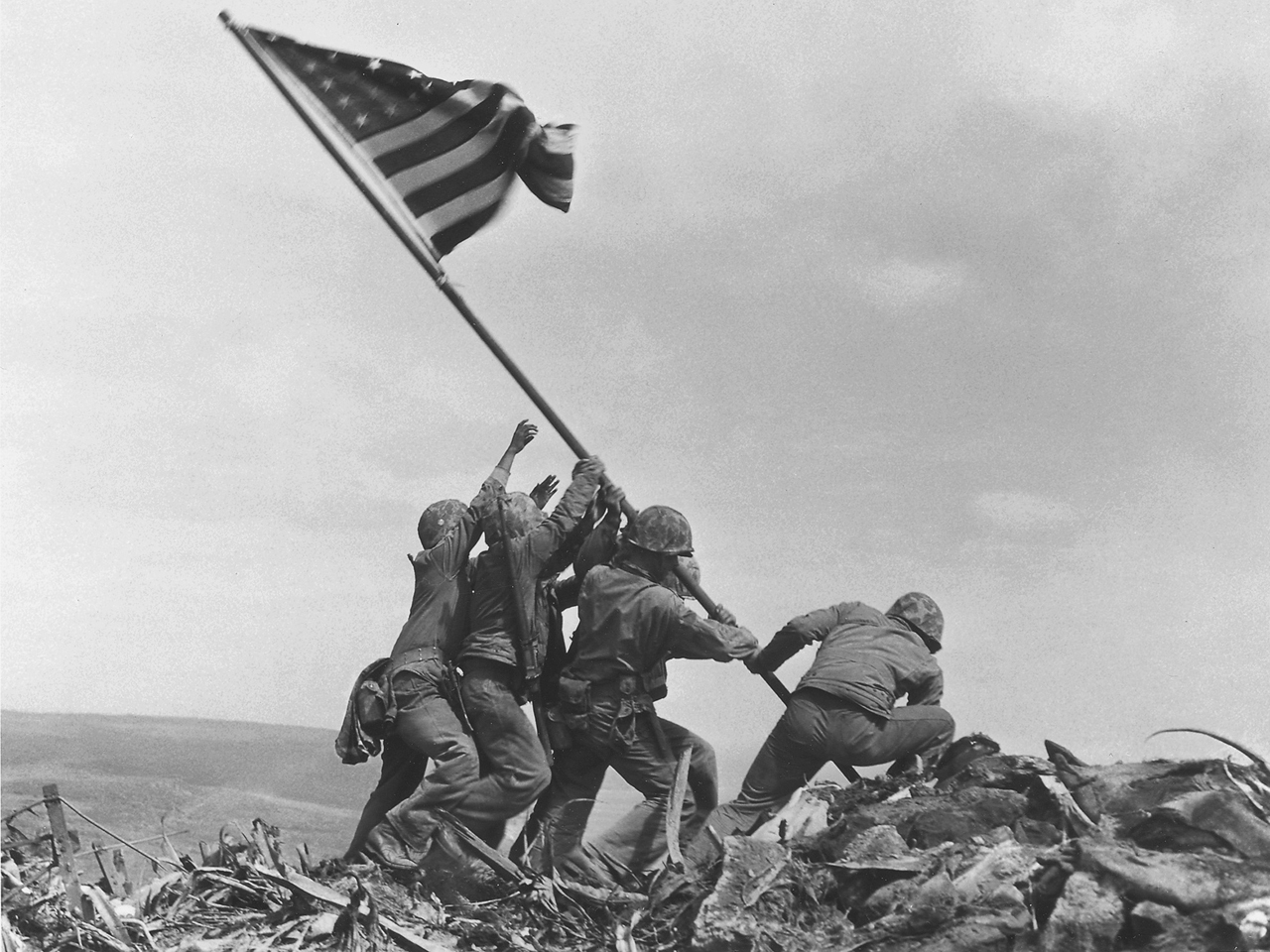 with providing the flag in the famous flag-raising on Iwo Jima, has

asked him for the biggest flag that he could find.

After five days of fighting to capture the Japanese-held island,

U.S. forces had managed to scale Mount Suribachi to hoist an

before in a Pearl Harbor Navy depot. .

in the historic moment.

the flag, Wood wrote: "The fact that there were men among us who

cheap, is something to make humble those of us who were so very

fortunate not to be called upon to endure such hell."

In its story on Wood's death, the Los Angeles Times reported

that over the years others have claimed that they provided the

flag, but retired Marine Col. Dave Severance, who commanded the

that it was Wood.

something to do with the flags," he said from his home in La

His wife, Elizabeth, died in 1985. Besides his son, Wood was