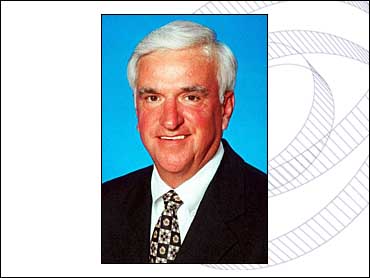 Newton retires June 30 after 11 years in the job. Pending approval by the university's board of trustees at its April 4 meeting, Ivy would begin his new duties July 1.

When Newton announced plans to retire back in December, he recommend Ivy, senior associate AD, for the position.

Ivy, a 31-year employee of the school, has overseen Kentucky's athletic budget for 23 years. During that time, the budget has grown from $3 million to $32 million and always remained in the black.

Through his work at Kentucky and as chairman of the NCAA basketball tournament, Newton became one of the nation's best-known and most respected college sports administrators a far cry from 1989, when the program faced probation for recruiting violations and Newton could barely interest anyone in coaching Kentucky's basketball team.

His initial approaches to New York Knicks coach Rick Pitino were rebuffed, while other high-profile coaches made it clear they had no interest in a job that once represented the pinnacle of college coaching.

He was saved by Pitino, who changed his mind and rebuilt the Wildcats.

When Pitino left in 1997 after one national title and a runner-up finish, Newton hired Tubby Smith, the school's first black men's basketball coach, as his successor. Smith added another national title.

In recent years, Newton focused on turning around Kentucky's football program. After firing good friend Bill Curry as coach in 1996, he hired Hal Mumme, who has overseen a Kentucky football renaissance and taken the Wildcats to consecutive bowl games.

Newton has said he plans to fish, write a book and spend time with his wife, Ellen, who is fighting leukemia. He plans to stay in Lexington and serve as a consultant to the university.

Ivy, a graduate of Alabama, came to Kentucky in 1969 at age 26 as director of housing.