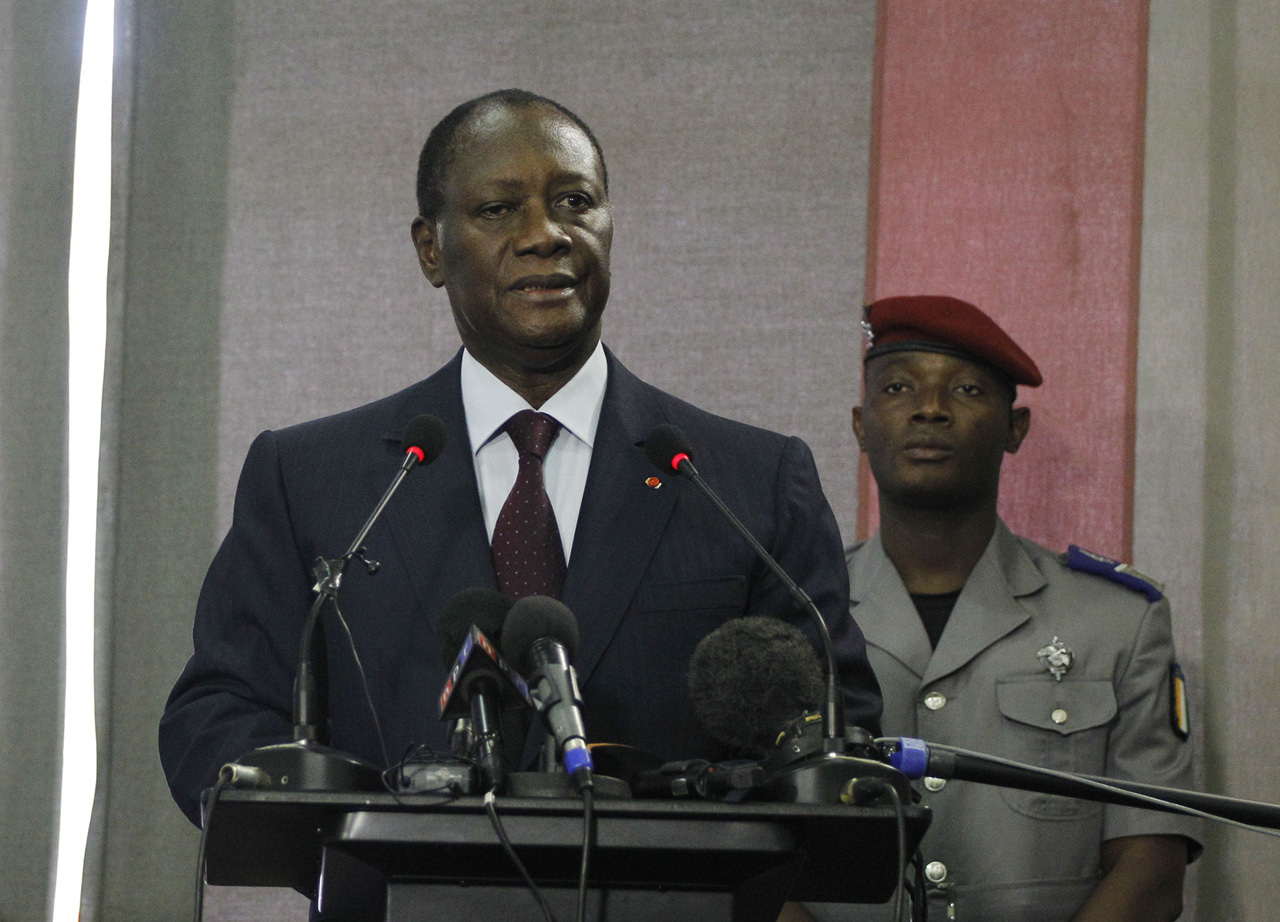 Alassane Ouattara said Laurent Gbagbo has been moved out of the Golf Hotel, where he was taken after his capture on Monday. He said Gbagbo will be kept in a villa and that his rights as a former head of state will be respected.

"Gbagbo is in a residence under surveillance somewhere in Ivory Coast," Ouattara told reporters at the Golf Hotel.

He said the justice minister is preparing for possible prosecution of Gbagbo but gave no details.

Ouattara will settle into the presidential palace in the comings days, he said, adding that a swearing-in ceremony will take place at a later date.

Gbagbo refused to cede power after losing a November election, leading to a four-month standoff that plunged the West African nation into chaos and killed untold numbers of people. More than 1 million civilians fled their homes amid the fighting, which also disrupted the economy of the cocoa-producing powerhouse.

The footage, shot by a pro-Ouattara fighter Monday during Gbagbo's arrest, showed forces backing Ouattara walking through the front gate carrying firearms. Many are dressed in camouflage and wearing helmets, and some are crouched in shooting position. After orders from a commander, fighters entered the residence, shot at the lock on an orange door and forced themselves inside.

The footage shows fighters putting a camouflage flak jacket on Gbagbo. He and his wife are then escorted to a car with a tank sitting nearby. Gbagbo was then handed off to U.N. peacekeepers and taken to Ouattara's Abidjan headquarters.

French Defense Minister Gerard Longuet also said Wednesday that France will reduce its military force in the Ivory Coast from 1,700 to 980 troops as soon as possible. Longuet said French forces took a secondary role to Ouattara's forces and the U.N. in capturing Gbagbo.

Left: Ivory Coast strongman Laurent Gbagbo and his wife Simone are pictured in the Hotel du Golf in Abidjan after their arrest on April 11, 2011. Gbagbo and his family were captured in a bunker at the presidential palace. (AFP/Getty Images)

The French will not make any decision on an eventual pullout until at least June, he said, because the future of the French force will depend on the U.N. decision in June on whether to renew the mandate for its force.

"Patrols of Ivorian and French gendarmes will circulate in Abidjan to show that there is a state of law that is being put in place," Longuet told a parliamentary hearing on Ivory Coast on Wednesday.