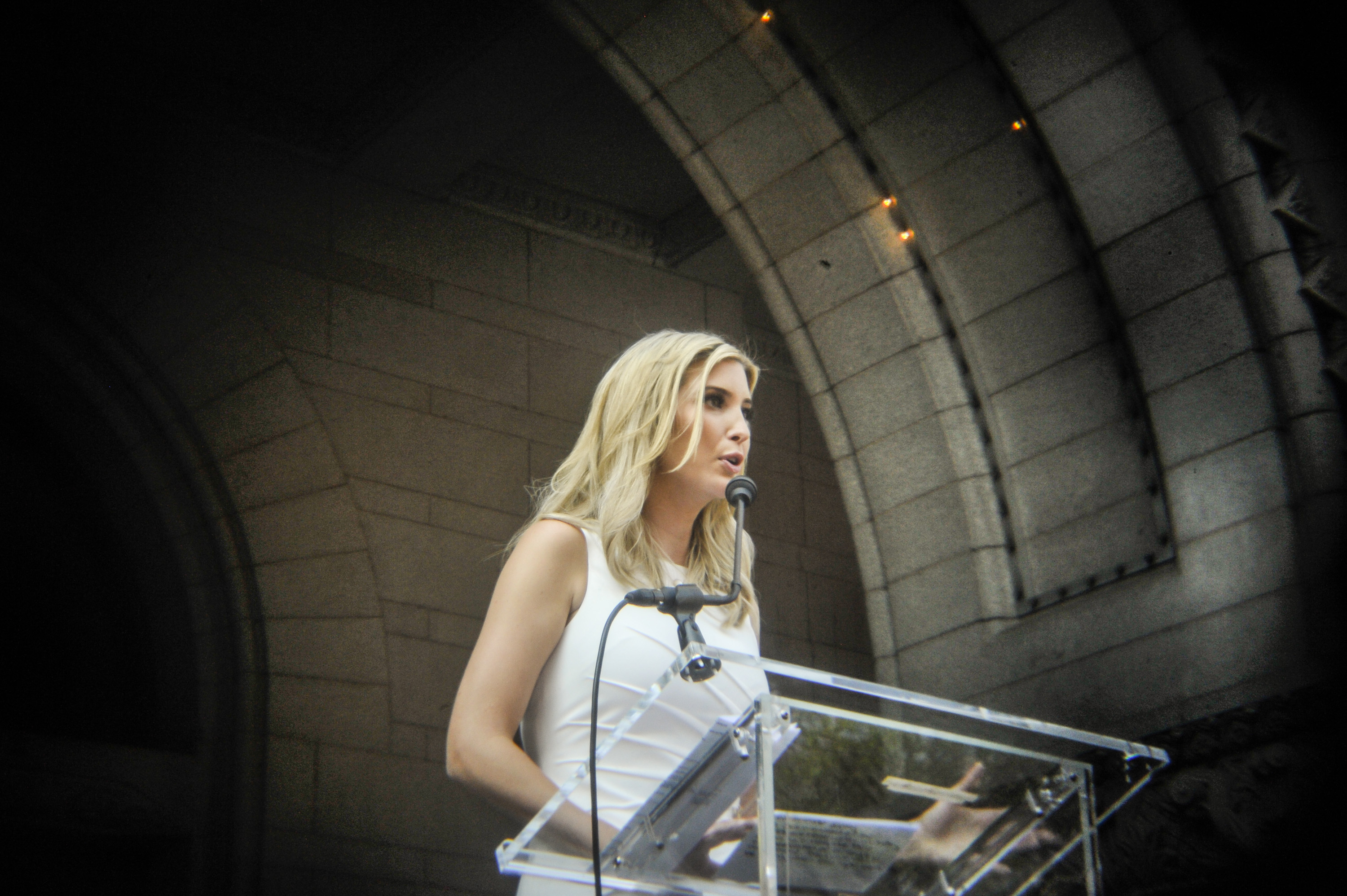 Construction is underway on one of Washington, D.C.'s national landmarks: the Old Post Office building.

The woman looking to convert it from an overlooked relic to must-see realty: Ivanka Trump. It's something of a family business, "CBS This Morning" co-host Norah O'Donnell reports.

The Trump name has never quite been synonymous with understatement or modesty, but these days the storied surname made famous by its patriarch has developed a softer, more feminine side in the form of 32-year-old Ivanka Trump.

Her latest project is no small undertaking. She's in charge of transforming the historic Old Post Office building in Washington into a luxury Trump hotel.

It's a $200 million renovation that Trump, who joined her father's company soon after finishing Wharton business school, scored by outmaneuvering other industry titans.

"It's amazing. We beat out pretty much everyone in the luxury hotel space," Trump said.

Almost all new COVID cases in U.S. are among unvaccinated

"We were last down here when it was announced we were awarded the project, and I was nine months pregnant with Joseph," Trump said. "I keep having children around Old Post Office building milestones, so maybe I'll be pregnant with my next when we open, so we'll see."

But as if mothering while managing multimillion-dollar restorations weren't enough, Trump also designs a clothing line as well as shoes, jewelry, coats and swimwear. She has nine product lines in all.

"I don't set very restrained goals for myself just generally in anything I do," Trump said. "My father very famously said, 'If you're gonna dream anyway, you might as well dream big.'"

Ivanka jokes that she may even become competition for her father.

"Well, you know, we both sell product at Macy's," Ivanka said. "We'll see. You'll have to compare our numbers."

Ambition and resolve are defining family traits as well as qualities Trump cultivates in the people she employs.

"I believe in not establishing office hours and creating total flexibility from a scheduling perspective," Trump said. "Because I don't hire people who go to bed before they get something done. I hire people who if they have to leave to go put their kid to bed, they're gonna be up working till 11 at night."

While it may be a lot to balance, Trump is prepared to take on the challenges that may come with being a rising business tycoon, fashion designer, wife and mother.

"So my husband and I have said that we've just resigned ourselves to the fact that we won't sleep for the next decade," Trump said. "But, you know, I think these are sort of precious moments. And it's chaotic. And it's wild. But, you know, your babies are only babies once. And your business is only in its infancy once. So it is chaos. But it's good chaos."