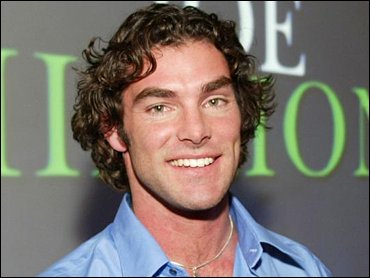 The hit reality series "Joe Millionaire" concluded with Evan Marriott asking Zora, not Sarah, to accept his proposal to continue their relationship. She said yes, and they toasted their future with a glass of champagne.

Then they scored $1 million from the show — the "shocking twist" viewers had been promised for days.

Along with co-finalist Sarah, Zora also heard the dicey truth: that Marriott wasn't the heir to a $50 million fortune he had pretended to be while choosing among 20 lovely rivals for his affection. Instead, he was a $19,000-per-year impostor.

Since premiering Jan. 6 on the Fox network, "Joe Millionaire" has been a huge hit among Americans, given extra fuel by bits of scandal. Befitting "Joe Millionaire's" popularity, its two-hour wrapup Tuesday night drew stiff competition from rival networks ABC and NBC: battling exposes on Michael Jackson.

Monday's much-hyped two-hour finale — actually taped last November — brought to a close this mating game blended with the $50-million joke viewers had been in on from the start: what the show called "television's biggest con."

The somewhat anticlimactic outcome played out at the French estate that has served as the series' home base through its seven-week run.

"It's been a roller-coaster ride," a nervous Marriott began when time came to level with Zora Andrich, the dark-haired, 29-year-old schoolteacher from New Jersey.

But after stumbling through what sounded like the prelude to a kiss-off, he said, "I've chosen you.

Her bright smile gone, Zora rolled her eyes, looked stricken and said nothing.

Would she show up in the ballroom later to accept his proposal?

You bet, and wearing an elegant silk gown. There, after acknowledging regrets over Marriott's grand deception, she told him, "the good news is, I really was turned off by the fact that you inherited all that money.

"I would like to continue the journey and see what happens," she said.

Hearing that, Marriott put a diamond ring on her finger.

Then Paul Hogan, the show's resident butler, surprised them both with a million-dollar check delivered on a silver tray, declaring "all good fairy tales must have a bit of magic."

Earlier in the episode, Marriott had come clean with his other finalist: blond Sarah Kozer, 29, a Californian identified on the show as the assistant to a mortgage broker.

"I did not inherit $50 million," Marriott squirmed. "I'm a heavy-equipment operator. That's what I do."

"Did you feel that was something I was concerned with?" she asked, trying to look like it wasn't.

"I haven't chosen you," he said, getting to the point in a rare display of brevity.

"It's been an adventure — absolutely," she smiled bravely.

They hugged good-bye. Soon she was packing her bags.

Although 28-year-old Marriott has worked in California in construction, photos of him emerged on the Internet posing in skimpy underwear for a catalog. Then reports surfaced that Sarah had starred in bondage movies such as "Novices in Knots" and a foot-fetish film called "Dirty Soled Dolls."

"I had stupendous amounts of school loans, so I did some fetish modeling," Kozer explained during a feature that was part of the finale's ample padding.

Of course, the padding isn't over. Next week, Fox plans to air a special followup on Evan and Zora.